German Interior Minister Wolfgang Schaeuble believes that terror suspects should be assumed guilty by default until proven innocent, an argument that has drawn a wave of drew strong reprimands 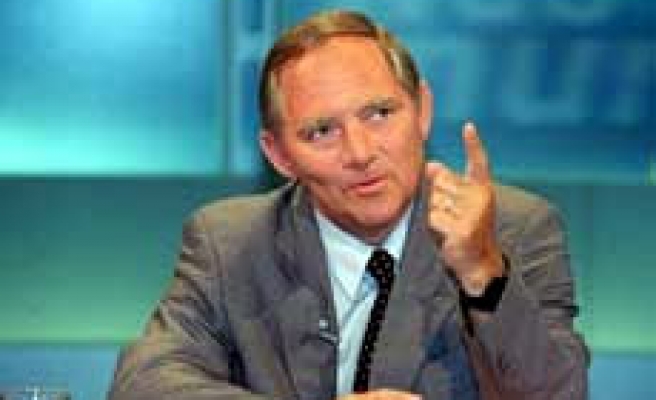 Would it be right to say that I would prefer to allow ten attacks to take place rather than to prevent one person from trying who perhaps does not intend to launch an attack," Schaeuble asked in an interview with Stern magazine on Thursday, April 19.

"In my opinion that would be wrong."

Schaeuble argued that in suspected terror cases, the presumption of innocence, the foundation of a liberal justice system, should be lifted.

His comments fanned speculations he was planning a further tightening of anti-terrorism laws.

The government announced on Wednesday, April 18, plans to keep all telephone call logs for six months to aid police work.

Schaeuble is now planning to expand the surveillance structure and give police automatic access to digital passport photos and fingerprints that will in future be stored on German identification documents.

Schaeuble's call for lifting the presumption of innocence on terror suspects stirred a hot debate over the extent of new anti-terror laws.

"Anyone who questions the principle of innocent until proven guilty is the wrong person to be in charge of upholding and protecting the constitution," said Ute Vogt, deputy leader of the Social Democrats.

"This is about changing the fundamental coordinates of our legal system," Gerhart Baum, a member of the opposition Free Democrats (FDP), told the Berliner Zeitung daily.

He said Schaeuble's comments were "legally outrageous" and "constitutionally unacceptable", calling on Chancellor Angela Merkel to intervene to rein in the interior minister.

"I find it extraordinary that she has refrained from comment," stressed Baum, himself a former interior minister.

"A minister who spreads this kind of hysteria becomes a security risk himself."

Zypries and Schaeuble have clashed over plans to include fingerprints in passports.

The SPD, which rules in partnership with Merkel's conservatives, has also rejected Schaeuble's proposals to allow the German army to be deployed within the country's borders.
Last Mod: 20 Nisan 2007, 14:01
Add Comment