Officials from southern Texas on Wednesday criticized a federal plan to build a wall along the U.S.-Mexico border to stop illegal immigration, calling it a "wall of shame." 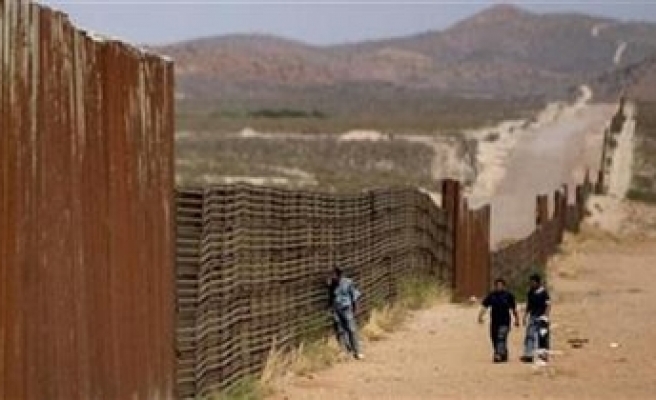 Officials from southern Texas on Wednesday criticized a federal plan to build a wall along the U.S.-Mexico border to stop illegal immigration, calling it a "wall of shame."

They said the wall would hurt the economy and the environment and was an affront to both Mexicans and Mexican-Americans in southern Texas, where economic and cultural ties to Mexico are deep.

"This wall would do damage to those of us living on both sides of the wall," said State Sen. Eddie Lucio from the border city of Brownsville. "This is a wall of shame that we neither want nor welcome.

"Texas is connected to Mexico by 23 bridges. Through these bridges we maintain our centuries-old friendships and blood ties with Mexico, as well as the trade and tourism which benefits this state and the entire United States of America."

The U.S. Congress has approved the construction of 700 miles of fencing along the 2,000-mile U.S.-Mexico border.

The idea for the most part is unpopular in heavily Hispanic southern Texas.

The officials told reporters in the state capitol that the Department of Homeland Security plans to have 153 miles of fence in place in Texas by the end of 2008.

The proposed wall would discourage that kind of cross-border cooperation, he said.

"We have a unique relationship with our friends, neighbors, and family members in Mexico, and we don't want to do anything to jeopardize that relationship," Foster said.

The officials said the fence would hurt the river environmental system and disrupt wildlife migratory patterns.

The officials said the $1.2 billion budgeted for the fence could be better spent on high-tech security equipment and on infrastructure to improve commerce between Mexico and the United States. Last Mod: 03 Mayıs 2007, 13:45
Add Comment