The 56-year-old imam, was arrested but two days later, whose body was returned to relatives with bruises, burn marks and broken ribs. 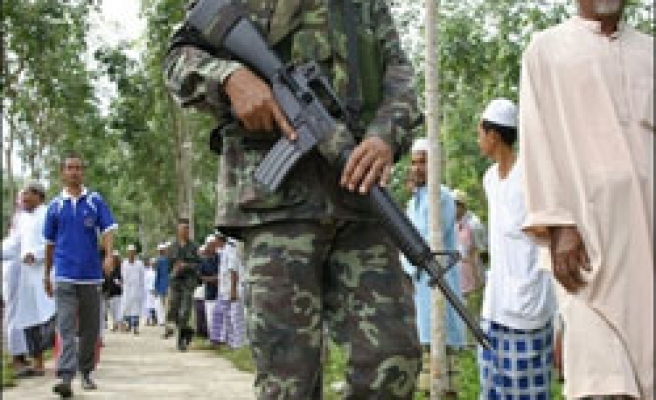 A judicial inquiry into the slaying and alleged torture by authorities of a Muslim religious leader in southern Thailand is being blocked by army stonewalling, said the New York-based Human Rights Watch on Friday.

"No soldier has ever been prosecuted for abducting, torturing, or extrajudicially killing Muslims in the south. Because the evidence is so strong, this should be an easy case for the army to show it's serious about addressing impunity," said Adams in a statement.

Yapa Koseng, a 56-year-old Muslim religious imam, was arrested March 19 and sent to an army camp in Narathiwat province, part of Thailand's deep South, where an estimated 3,000 people have died in an escalating struggle over the past four years.

Two days later, Yapa's body was returned to relatives with bruises, burn marks and broken ribs. A forensic expert told the court on June 30 that Imam Yapa was killed by blunt force trauma, including broken bones puncturing his lungs. Long abrasion marks on his back indicated that he may have been dragged by his ankles across a hard and rough surface, the expert added.

One of Imam Yapa's sons - also in detention - told Human Rights Watch that he was able to hear, and later see, his father being beaten by up to 10 soldiers at a time, who later ignored requests for medical help.

The army claims that sweep operations undertaken over the past year have reduced insurgent attacks by half but violence has flared up again in recent weeks, partly, said Human Rights Watch, in response to brutalities by the Thai security forces.

Under Thailand's emergency law, which governs the three Muslim provinces of Narathiwat, Pattani and Yala, authorities are permitted to detain suspected insurgents for 37 days without charge and can prohibit detainees from having visitors for the first 72 hours.

Human Rights Watch has repeatedly called on the Thai government and army to ensure the safety of all detainees, to provide medical care to all who sustain injuries during arrest or detention, to allow timely access to legal counsel and family members, and to launch a full investigation into allegations of torture and ill treatment.

The three provinces bordering Malaysia comprised the independent Islamic sultanate of Pattani more than 200 years ago before Thailand occupied.