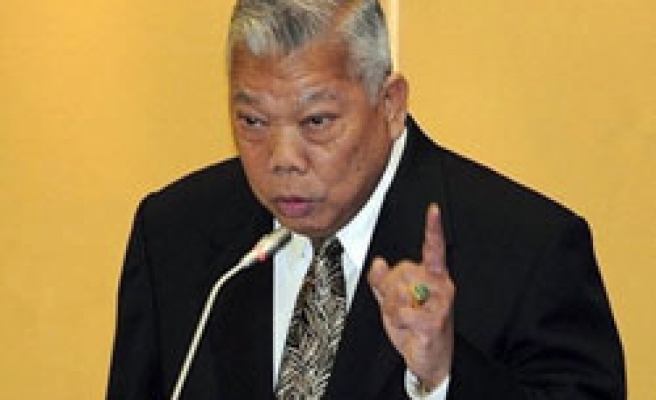 Thai Prime Minister Samak Sundavarej survived a no-confidence motion on Friday, as expected, after three days of fiery debate that questioned his handling of the economy at a time of stuttering growth.

However, leaders of the street protest laying seige to Government House shrugged off the result, insisting they would disperse only after the resignation of the cabinet, which they say is a proxy for ousted PM Thaksin Shinawatra.

"The only way to end this crisis is for the government, which has no legitimacy under the dictatorial parliamentary system, to go," said Pipob Thongchai of the People's Alliance for Democracy (PAD), a motley group of businessmen, academics and royalists united in their hatred of Thaksin.

The PAD's month-long street campaign has upset investors, triggering concerns about everything from policy paralysis at a precarious time for the economy to a military coup less than two years after the army's removal of Thaksin.

The stock market, which has fallen more than 10 percent since the PAD launched its campaign on May 25, did not react to the government's victory in the no-confidence vote, which had been widely expected.

Samak received 280 votes from MPs in his People Power Party and its five coalition partners, versus 162 from the opposition Democrats, who used the debate to whip up a nationalist frenzy over a disputed 900-year-old temple on the Cambodian border.

Noppadon, Thaksin's lawyer before becoming Foreign Minister after December's election, was accused of ceding a small plot of land to Cambodia next to the Preah Vihear temple in exchange for business concessions for Thaksin -- an allegation he denies.

Commerce Minister Mingkwan Sangsuban could be another possible cabinet victim after fierce criticism of his handling of a government scheme to support domestic rice farmers.

However, Finance Minister Surapong Subewonglee denied rumours of an imminent cabinet reshuffle, saying the vote had lifted the five-month coalition's spirits and increased its chances of completing a full four-year term in office.

"Today's vote has given the government more confidence to complete its four-year term," he told reporters.

Samak made no comment to reporters after the vote.