Thailand's government today lifted a ban on political activities in the kingdom, paving the way for members of the dissolved Thai Rak Thai party to regroup. 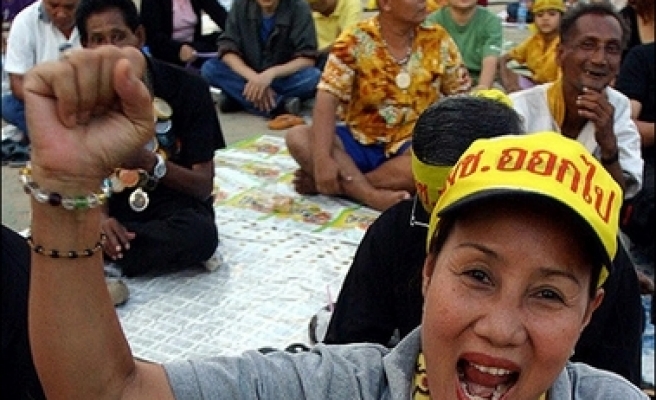 Thailand's government today lifted a ban on political activities in the kingdom, paving the way for members of the dissolved Thai Rak Thai party to regroup.

"The cabinet agreed for existing political parties and groups of politicians to carry out their political activities," government spokesman Yongyuth Mayalarp said. "This resolution is effective immediately."

After seizing power in a bloodless coup last September, the junta imposed martial law and suspended all political activity.

Martial law was lifted in half the kingdom in January, but the ban on political activity remained.

The court banned 111 senior party members including Thaksin from politics for five years.

TRT members had petitioned Thai Prime Minister Surayud Chulanont yesterday to lift the ban on political activity, saying it had hampered their efforts to form a new party.

They warned that if it were not lifted, elections promised by the junta by December this year would not be democratic, fair or transparent.

But politicians hoping to register a new party with the Election Commission will have to wait for a new law to be passed by the junta-appointed parliament, the National Legislative Assembly.

While the ban on political activities required only simple cabinet approval, a new law is required to repeal a junta order suspending the registration of new political parties.

The Council of State, the nation's top legal body, will next week send a draft bill on party registration to the cabinet, who will then forward it to the parliament for consideration.