Thailand's military-appointed government plans to grant amnesty to people involved in a separatist movement in the south, where three years of violence claimed the lives of more than 2,100 people, Foreign Minister Nitya Pibulsonggram said on Tuesday. 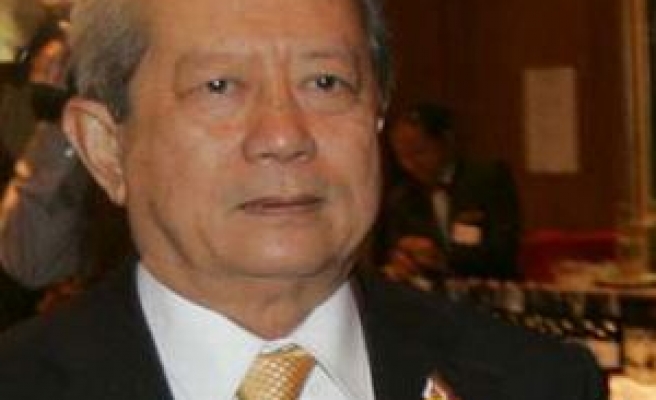 "This is to show the government's determination to resolve the problem by creating an environment conducive for national reconciliation," Nitya told a news conference at the end of a two-day visit by a delegation from the world Islamic body, the Organisation of the Islamic Conference (OIC).

"The proposed amnesty would cover all people involved in the ongoing violence in the deep South who did not commit an offence under the Penal Code," He added.

"I think by announcing the amnesty during my visit, the government is sending a message that it's committed to a peaceful solution," Ihsanoglu told a press conference.

"The initiative of the government is appreciated and we welcome that," he said.

Nitya and Ihsanoglu issued a joint statement after the OIC visit saying that the situation in the region was not a religious conflict, but related to political, civil and socio-economic rights.

They gave this statement together to show their willingness to cooperate in solving problems in the south.

The OIC has urged Surayud to stick to his conciliatory strategy, which included an apology for abuses by security forces in the mainly Malay-speaking region and for greater recognition of Malay culture and language.

Despite the presence of 30,000 soldiers and paramilitary rangers in the region bordering Malaysia, gun and bomb attacks on both Muslims and Buddhists have intensified.

Former Thai Prime Minister Thaksin Shinawatra, who was ousted by a bloodless coup in September, was widely criticized for using heavy-handed policies against Muslim separatists. Such tactics were blamed for stoking unrest in the Muslim-dominated south.

The military-installed government of Prime Minister Surayud Chulanont, which replaced Thaksin, apologized for Thaksin’s tough policies and vowed to introduce a more human rights-friendly to bring about national reconciliation and restore peace in the south.

However, human rights group say little has been done and Muslims accuse the mainly Buddhist Thai authorities of a litany of abuses.

Thailand's three southern provinces of Pattani, Yala and Narathiwat were all an independent Muslim sultanate before being annexed a century ago.