Thailand's powerful army chief has rejected an American offer to help quell an Islamic insurgency in the country's south. 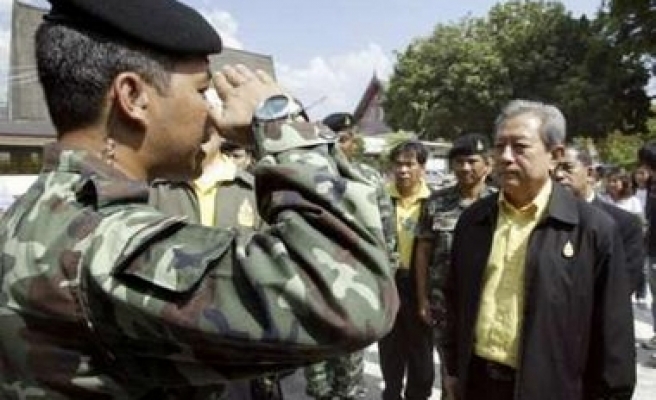 Thailand's powerful army chief has rejected an American offer to help quell an Islamic insurgency in the country's south, saying his forces can cope with the situation that has claimed more than 2,000 lives in three years.

He said Thailand would nonetheless appreciate access to U.S. intelligence.

"Thailand appreciates the offer but we regard the situation in the southern region as an internal affair," Army Commander Gen. Sonthi Boonyaratglin told The Associated Press in an interview Thursday, maintaining that no international terrorists operate in the area.

"But we would appreciate it if the United States could provide assistance to us in the area of information since the United States has experience in the Middle East and Afghanistan," especially, he said, in how to track foreign financial contributions to the insurgents, he said.

The army commander was responding to comments by the U.S. special-operations commander for the Pacific who expressed concern about escalating violence in the region.

Maj. Gen. David Fridovich said on Wednesday that U.S. troops could help to train Thai forces to quell the insurgency, if Thai authorities asked for assistance.

No U.S. special-operations troops would fight in southern Thailand, but they could teach Thai troops how to apply a "softer touch" in gaining the support of local people and in isolating the insurgents.

"If there's an entree the Thai government gives us to help them with the southern issue, we'll gladly take it," Fridovich said on the sidelines of a special operations conference in Waikiki, Hawaii.

But he said the U.S. was not attempting to impose a military agenda on Thailand.

The violence in Thailand's three southern Muslim-majority provinces -- Yala, Narathiwat and Pattani -- has escalated in recent months with drive-by shootings and bombings occurring almost daily. In response, the government has recruited an additional 3,000 paramilitary rangers to beef up security in the area.

Human Rights Watch, however, warned against the use of paramilitary forces and government-backed village defense volunteers in fighting the insurgency.

The "growing reliance on abusive militias" has placed civilians at greater risk, the New York based group said in a statement Wednesday.

"These cases of deadly use of force show how dangerous it is for the government to arm and deploy poorly trained militia forces," Brad Adams, Asia director of Human Rights Watch, said.

The statement came after defense volunteers shot dead four Muslim youths on April 9. Thai army authorities said the volunteers acted in self-defense as they thought they were being attacked.

Muslims in the south have long complained that they are treated as second-class citizens in the Buddhist-dominated country, and are discriminated against when it comes to jobs and education.