Thaksin hopes back to teach in Thailand

Former Thai prime minister Thaksin Shinawatra said Thursday that he would like to return to his home country to teach about business and management "after Thailand returns to democracy." 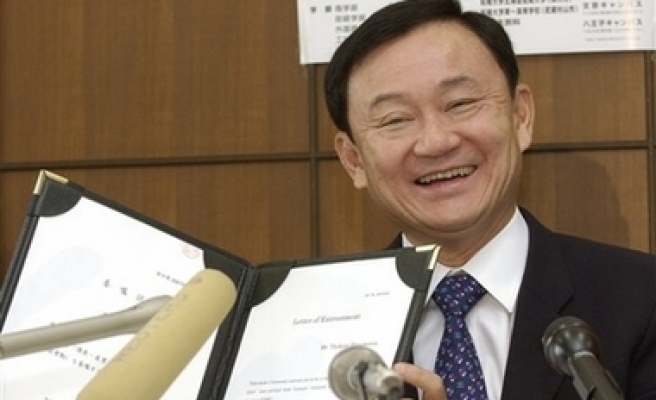 Former Thai prime minister Thaksin Shinawatra said Thursday that he would like to return to his home country to teach about business and management "after Thailand returns to democracy."

Speaking at a Tokyo news conference announcing his appointment as a guest lecturer at Takushoku University, Thaksin said he would like to live as a "normal citizen" and spend the rest of his life involved in education and charitable activities.

Thaksin, who has been living in exile since a coup last September ousted him as prime minister, said he was looking for a way to share his "accumulated knowledge and experience" with students and hoped to teach in Thailand in the future.

"After Thailand returns to democracy, I think freedom of speech and thinking will prevail. At that time, I will go back. I will teach the younger generation from the experience that I have," Thaksin told reporters.

Thaksin declined to take questions on Thai politics. But he sounded optimistic about recent developments, including the military-installed interim government's move to lift a ban on political party activities and plans for elections in December.

"I think the return to democracy will happen soon," he said.

Thaksin was deposed after being accused of corruption and abuse of power.

Thaksin made a fortune in the telecoms business before entering politics, and has been living the life of an idle billionaire since losing his post, traveling between a residence in London and various countries in Asia.

His appointment at Takushoku University — where he is slated to give his first lecture July 5 on Asian economic and business models — comes as he seeks to buy the English soccer team Manchester City.

"This is my first employment after being ousted — I've been unemployed for a while," Thaksin joked. "I've been trying to find a job ... as chairman of a soccer club, but it's not coming quick enough."