'The Arts Of Islam' from Jew art collector

The biggest exhibition of Islamic art seen in Australia has opened in Sydney. It features 350 rare works from the renowned Khalili Collection. 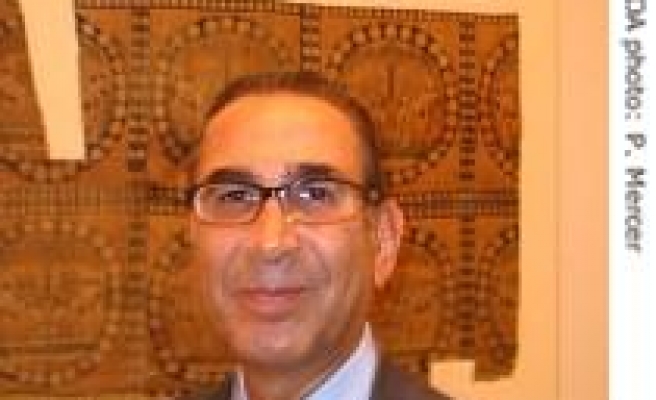 The biggest exhibition of Islamic art seen in Australia has opened in Sydney. It features 350 rare works from the renowned Khalili Collection.

"The Arts Of Islam" features Korans and prayer rugs as well as secular objects, spanning millennia and a range of countries.

Over the years the Iranian-born property developer has amassed more than 20,000 works. Some of the finest and rarest have gone on display at the Art Gallery of New South Wales in Sydney.

The 350 pieces include colorful ceramics, lustre-painted glass and finely woven textiles from the 7th century to the early 20th century.

The display is about showcasing the imagination and influence that Muslim artists have had through the ages.

Organizers say in the catalogue that "the very word Islam casts both light and shadow over the contemporary world."

They say there has never been a greater need for Islam's true artistic power and heritage to be shown.

"You see the influence (of) Islamic art in every walk of life," Khalili said. "In actual fact, if you open any design book of any other culture in the West, you cannot escape not seeing something Islamic, and this is something that the world is not aware of, and this exhibition is a step toward that direction to tell the world that there is tremendous amount of influence of Islamic culture into the culture of the West."

Professor Khalili is a devout Jew and wants his immense collection to promote greater understanding between various cultures and faiths.

He believes that many Westerners and Muslims have no appreciation of the powerful cultural heritage of Islam.

He wants the arts to show that different religious groups, for example Muslims and Jews, have far more that unites them than sets them apart from each other.

The exhibition takes place at a time when Australia's Muslim population feels increasingly alienated and marginalized from mainstream society.