The greatest pillage in history

In Iraq not only are people being killed but also a historical and cultural heritage is being destroyed. 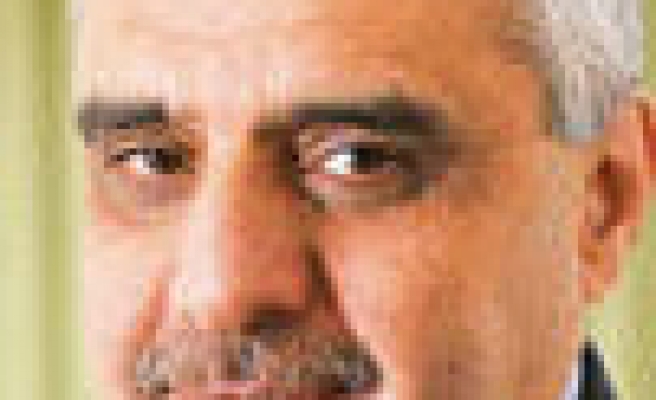 In Iraq not only are people being killed but also a historical and cultural heritage is being destroyed. The devastation has reached a terrifying level. On one hand scientists, scholars and intellectuals are systematically killed, and on the other all sorts of works and artifacts, which have been in these lands for thousands of years, are carried off to eminent centers in the West.

According to Venezuelan author Fernando Baez, who has studied the pillage and plunder of the cultural assets of Iraq, about a million books, 10 million documents and 14,000 archaeological remains have disappeared since the beginning of the US occupation.

Baez notes that this is the greatest cultural devastation since the Mongol occupation of 1258 (Yeni Safak, Feb. 20, 2005). Baez, the author of “The Cultural Destruction of Iraq” and “Universal History of Book Destruction,” and an expert on destroyed libraries, has investigated the destruction of cultural and religious works in Iraq.

These lands, once home to ancient Mesopotamian civilizations such as the Akkadians, Assyrians and Babylonians, and where Islamic knowledge and wisdom later flourished, is a cradle of civilizations.

He believes and proves through his work that the coalition forces have been violating the Hague Convention of 1954, which guarantees the protection of cultural properties in times of war.

Baez is forbidden to enter the US and at the same time his efforts to deepen his research on Iraq has been obstructed. However all this obstruction is not a problem to him, “… because we have documents, video footage and photographs that prove this brutality.”

The cultural destruction can be punished according to the Hague Convention, Baez notes and adds that the US didn’t put its signature on either the Hague Convention nor its additional protocol dated 1999 in order for the Bush administration to be able to keep its soldiers immune from any legal accountability.

Baez further notes, “Those involved in this cultural destruction are not only US soldiers; the rest of the occupation forces are also guilty.” Here is the balance sheet of the destruction in question as he presents it:

“The crime the United States commits is not only negligence in allowing the destruction of cultural assets to continue. It is also directly involved in the pillage and plunder. In a fire started by the coalition forces in a library during a conflict with the forces of Muqtada al-Sadr, 40,000 manuscripts were destroyed.

When the US soldiers found out that the Sumerian city of Ur (Mukayyar) is the birth place of the Prophet Abraham, they stole as many tiles as possible. At the end of May 2004, an Italian gendarmerie (carabinieri) was caught on the border with Kuwait trying to smuggle what he was able to steal from the plundered archaeological works.

According to the British Museum, the Polish forces destroyed a certain part of the Babylonian ruins in the south of Baghdad. The Polish units asphalted the surroundings of the Babylonian king Nebuchadnezzar’s palace dating back to the sixth century B.C. for their heavy military vehicles. The damage given is irreparable. They also stole the tiles of the ancient Ishtar Gate and sold them.

“The US soldiers continue stealing cultural and historical works today. These works are sold on the border with Kuwait and Jordan. [Buyers of smuggled historical works] pay up to $57,000 for a Sumerian tablet.

Historical sites, gates and walls collapse where US trucks and helicopters are used. Some US soldiers write things like “I was here,” or “I love Mary,” on invaluable cultural properties with spray paint. The total number of books burnt in the Baghdad National Library is estimated at 1 million.

Among them were the first manuscripts of the ‘Book of One Thousand and One Nights,’ the works Omar Khayyam wrote on mathematics, and the booklets of Ebu Ali Ibn Sina (a.k.a. Avicenna) and Ibn Rushd.

According to the initial reports, the number of works stolen from the National Archaeology Museum is 170,000. More importantly the Al-Awkaf Library, university libraries, and the famous Bayt’u-l Hikmah Library had their share from the brutal pillage and plunder. The total number of ‘lost’ documents in Iraq is at least 10 million.” Last Mod: 26 Haziran 2007, 11:47
Add Comment