The Politicization Of Islam

Combining international and domestic perspectives, this book analyzes the transformation of the Ottoman Empire over the nineteenth and twentieth centuries. 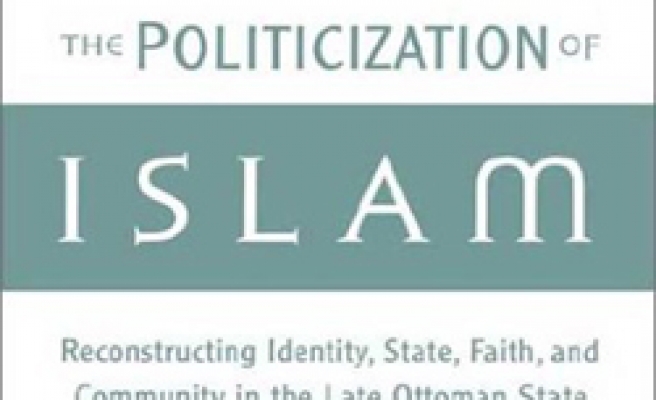 Historians of modern Turkey have often viewed the establishment of a secular republic by Kemal Ataturk in 1923 as a clear break with Turkey's Ottoman past. Recent revisionist historiography has modified this view by tracing institutional, economic and educational continuities between the late Ottoman and early republican periods. Very few historians, however, have set themselves the task of explaining the resurgence of Islamic populism in late twentieth century Turkey by tracing its roots to identity formation in the nineteenth century. Kemal Karpat's primary concern in his insightful, dense and often frustrating book, The Politicization of Islam: Reconstructing Identity, State, Faith and Community in the Late Ottoman State, is to do just that. His book challenges the dominant narrative of Turkish history that draws a clear distinction between religious forms of identity and the modern secular national identity that developed in the Republican era. Karpat convincingly argues that the nineteenth century saw the secularization of religious identity in ways that allowed for the clear marriage between Islam and Turkish nationalism. Furthermore, both the Ottoman state and the Ottoman landed middle-classes created a modern public space that allowed for the dissemination of a kind of Islamic "populism" distinctly different from the kind of religious practice that had existed in preceding century. Rather than relegate religion to the sphere of private life, Ottomans, rulers and public, chose to politicize Islam, marrying it to ethnic identity.
Karpat develops his argument at several levels. Perhaps the most interesting for social historians is his attempt to locate the social bases of the politicization of Islam. The opening up of Islamic societies to western capitalism led to the rise of a landed middle class that espoused a form of revivalist and populist Islam inimical to Western/Russian expansionism. These revivalist movements were open to indigenous forms of political reform and particularly adept at mobilizing at a grass roots level. Where the Muslim state was eliminated by colonial powers, as in India and Central Asia, populist Islam continued to spread as an anti-colonial movement through neo-sufi networks. A section of the Muslim middle class and elite, however, was threatened by the militancy of such movements and chose to espouse a modernist version of Islam more amenable to cooperation with colonial powers. In areas where the Muslim state remained strong and able to reform, as in the Ottoman case, it successfully co-opted the Islamic populist impulse and harnessed it to its own needs. In the Ottoman case, the rise of a new middle class as a result of institutional and educational reforms, the expansion of communication networks, and the almost continuous threat to the survival of the state, created an alliance between the middle classes and state bureaucrats. The policy of co-option culminated in the Hamidian period with progressive secularization of religion as a category of thought and identity. Ottoman intellectuals and bureaucrats recast religion as a "civilization", and turned Islam into an instrument of foreign policy under the guise of pan-Islamism.

The broad strokes that Karpat draws in his analysis of the social basis of political identity, extend to his discussion of the development of Turkish identity. According to Karpat, "The genesis of Turkish nationalism was a multifaceted process occurring in several stages of identity accretion proceeding from universal Ottomanism and Islamism to specific ethnic Turkishness and Turkism"(13). How does "identity accretion" develop? The modernizing measures undertaken by the state coupled with Ottoman territorial losses to Europe and Russia disrupted the lives of Muslims and were the catalysts for the development of new identities.

The reforming sultans of the nineteenth century introduced the notion of allegiance to a territorial state independent of loyalty to the house of Osman. The tension between what Karpat vaguely describes as the "community-nation" (240) that owed allegiance to a universal Islamic umma and the notion of territorial state remained unresolved for much of the Hamidian era. Abdul Hamid's pan-Islamic and populist policy succeeded only partially in resolving this tension for his subjects. Karpat, more than any historian before him, finds that the Ottoman losses to Europe and Russia brought a large and mostly educated community of Caucasians, Turks, and Muslim Slavs to the capital and Anatolian cities. Angry at their loss of home, comfortable with the politics of ethnic nationalism and pan-Islamism, they played a major role in the articulation of Turkish and Ottoman identity. The Russian Turks were the precursors to the ethnic nationalism of Ziya Gokalp, but their legacy was only evident after the Young Turk revolution of 1908. Their victory in shaping the Turkishness of Ottoman identity was not inevitable as it was highly contested. During the last decades of the nineteenth century, Ottomanism played a much greater role in defining the identity of the subjects of the Empire than ethnic Turkishness. Muslims from the Balkans played an important part in articulating "Ottomanness": a belief in equal citizenship of all, in constitutional rights, and an allegiance to the Ottoman state. Under Abdul Hamid's autocratic rule, the Ottomanists and Constitutionalists went into exile. After heavy losses in the Balkans, Abdul Hamid was not averse to encouraging a kind of Ottomanism defined by Islam rather than constitutional rights, with Turkish Anatolians and the Arabs as its main proponents. When the Young Turks came to power, their program and their leaders espoused these three views of identity. If development of ethnic nationalism among Turks took place in fits and starts, the author warns us, we should not think that other forms of identity had died away. In fact, as the politics of post-Soviet Central Asian Republics and that of modern Turkey show, identity formation is never linear and one sided.

Karpat's ambitious book is a testament to the work of a senior scholar who has spent his life exploring the connection between the Turkey's present and its past.

There is a great deal to learned from it. However, it remains problematic at several levels. Theoretically eclectic, it draws on several paradigms of identity formation that often do not work well together. Thus his use of Hroch and Anderson on nationalism elides the fundamental difference between two approaches to the study of nationalism. He posits the rise of populist politics in the early nineteenth century with the spread of Naqshbandi reform sufism, attaches it to the rise of landed middle class, and credits it with being, "the greatest revolution in the entire history of Islam" (p. 7) without much evidence to support his claims. The research on this period is too rudimentary to allow for such a sweeping generalization. His use of the terms "populism" and "mass mobilization" for the late eighteenth and early nineteenth-century when neither the press nor mass communications existed is anachronistic.

Finally, the book is poorly edited, documented, and organized. The Hijra of the Prophet took place in 622 not 1622 (p. 14). Lack of critical footnotes to document claims made by the author makes it difficult to find some of his arguments convincing. Finally, the chapters are often poorly held together and tend to be too dense for other than the specialist to go through. The last part of the book devoted to the study of the three intellectual fathers of Turkish nationalism makes for fascinating reading but should have been put in another book altogether.