The unbearable burden of staying a democrat

Putting emphasis on liberties and taking the side of democracy in Turkey today means taking the risk of paying a very high price. Nobody cares what precedes our remarks or statements. 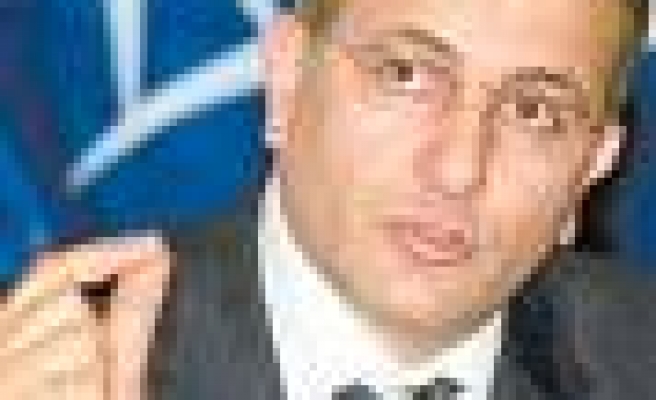 A single sentence may be sufficient to be subjected to accusations or humiliation. This is pure madness. In some respects, it is an old illness. Indeed, Turkey experienced the polarization in connection with the irrational “you are either with them or us” approach before.
Each time, it had to pay a heavy price. Furthermore, it later became evident that the whole thing was orchestrated from a certain center that instigated the masses and took them to the streets.

On June 18 Zaman daily’s columnist Ahmet Turan Alkan wrote a fantastic article in which he expressed his frustration: “We say Turkey should be normalized; they say you are praising the AK Party.” He also added, “They do not stop there; they accuse us of being hostile to the republic, the military and secular state; they even assert we are pro-American or fond of Barzani.”

This is exactly the case. When you say democracy should not be intervened in by outside forces, some accuse you of supporting the AK Party. What should be expected of a man of honor? Should he say the military should abandon its primary duty and get involved in politics so it hurts itself and the country?

Hostility to the military is not the essence of emphasis on democracy; quite the contrary, this emphasis calls for maintaining a democratic standard in relations between military and civilians.

Some even went further to demand punishment of the AK Party, irrespective of what the law or democracy requires. Well, only the people will make the decision to proceed with the punishment. Only the public is entitled to reprimand a party in power for five years through its preference in the elections. Any other alternative will bring the country to fascist rule.

In addition, are not opposition parties responsible if the democratic stance is perceived as support for the ruling party? For instance, when Süleyman Demirel was warned by a military memorandum on March 12, 1971, Bülent Ecevit and his companions strongly reacted to the intervention.

The CHP failed to proceed with the same democratic approach that the leftist intellectuals and politicians adopted back then. Current CHP leader Deniz Baykal was among those who firmly stood against the March 12 memo. Do we not have the right to expect the same noble behavior from Baykal regarding the April 27 warning?

If Baykal had criticized the April 27 memo as severely as he criticized those who caused its issuance, he would have become very popular. A leading CHP figure told me that Zaman daily has changed its editorial line and now it seems that it is not fully impartial. How can you explain a democratic stance that requires non-political principles?

Thank God an experienced colleague helped me. He said: “But sir, two years ago Cumhuriyet daily was severely criticizing you; now it takes your side and supports you.” This is true because it is not Zaman daily but the CHP’s stance that has changed. When this stance promotes democratic liberties, this daily will praise it.

The same applies to all parties, including the ruling AK Party. What matters most is the survival of pluralist and participatory democracy. The media should not have an editorial line to favor one or another party. If it does, it means it has a vested interest. Each institution and intellectual with a unique independent stance has the right to demand more freedom and democracy from politicians because old politics is over, nobody owes anything to anybody.

The only thing that should be underlined is that the people’s choice should not be insulted through the military or the judiciary. And this humiliation should not be carried out under party masks.