A Turkish military think tank will organize an international symposium on security between May 31 and June 1, at the War Academies Command in İstanbul. 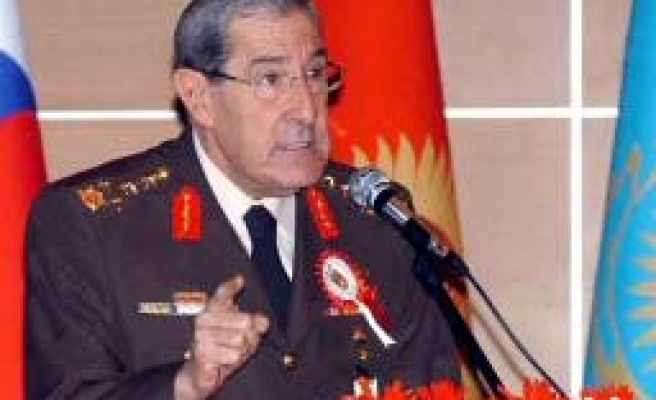 The Strategic Research and Study Center (SAREM), a Turkish military think tank established on Jan. 8, 2002 within the Military History and Strategic Studies Directorate of the General Staff, will organize an international symposium on security between May 31 and June 1, at the War Academies Command in İstanbul.

SAREM, which had sat idle for about one-and-a-half years, was reactivated earlier this year with the implicit aim of countering the country's relatively flourishing liberal think tanks such as the İstanbul-based Turkish Economic and Social Studies Foundation (TESEV). Working groups gathered in early February, composed of retired and active officers as well as academics. Representatives from the National Security Council (MGK) and the Foreign Ministry were also invited to participate in the SAREM working groups.

The international symposium to be held in İstanbul later this month will address the new dimensions of security and international organizations, reported the Anatolia news agency on May 11. The symposium's opening speech is expected to be made by Turkish Chief of General Staff Gen. Yaşar Büyükanıt.

The main theme to be debated in the second day of the symposium will be the perspectives from 2030 -- on ideas to be raised for the future and the possible policies to be pursued. Topics to be discussed under this heading include; the contribution of civilizations getting closer to international security; asymmetrical threats and their implications for international security; the problems created by the proliferation of nuclear, biological and chemical weapons and the measures to be taken against their proliferation; and the impact of global changes in climate on international security.

Turkey's position in international security policies, its importance in maintaining security and stability in the Middle East as well as its contribution to the maritime safety of the Mediterranean and the Black Sea will also be discussed. Similar types of symposiums under different headings were earlier organized by the Turkish General Staff in past years.

The Turkish military-sponsored symposium comes at a time when the tension between the military and the political leadership has intensified, heightening the debate in Turkey over secularism, brought into sharp focus amid the presidential election, culminating in the General Staff releasing a strongly worded late night statement, dubbed an "e-memorandum" on April 27, warning the government of a possible intervention.