Thousands of demonstrators took part in May Day protests against the reforms of French President Nicolas Sarkozy in Paris Thursday. 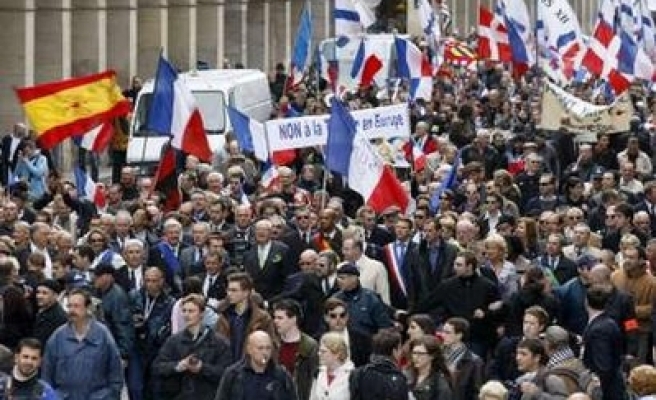 In Paris, the two large French trade unions, CGT and CFDT held a joint protest for the first time in four years.

Several thousand took part in a march due to arrive at the Place de La Republique in central Paris in the afternoon.

The protests were directed against the planned pensions reform and the cost of living.

In the southern city of Marseille, police said that there were 3,000 taking part in protests, but the unions claimed that 30,000 had taken to the streets.

Demonstrations were also held in numerous other French cities such as Nice, Toulouse, Strasbourg, Grenoble and Lille.

There were no reports of trouble.

The traditional May Day protest of the far-right National Front Party led by Jean-Marie le Pen was attended by 1,000 people.

After a series of electoral defeats, the party is currently facing financial difficulties.