Thousands of Pakistani protest against Musharraf amid arrests 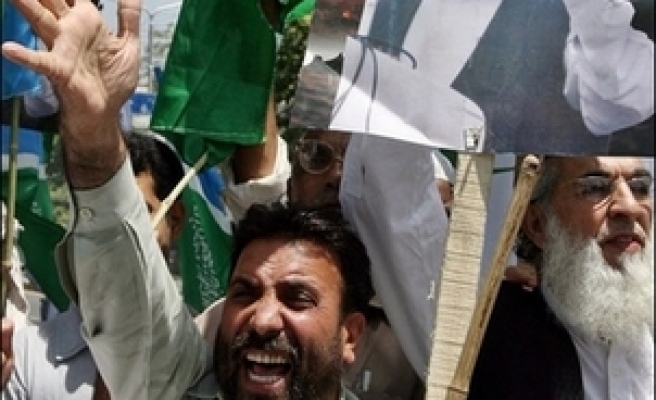 Lawyers and political supporters holding black flags and chanting anti-Musharraf slogans marched on the main road of eastern Lahore city toward the Punjab Assembly where budget for the fiscal year of 2007-08 was to be presented.

They demanded that Musharraf ends dictatorship and warned of continued protests and court boycotts. There was no violence reported.

Meanwhile, police Wednesday launched crackdown on political activists to prevent their participation in a rally, which will be held on Saturday to welcome suspended Chief Justice Iftikhar Muhammad Chauhdary in Faislabad city.

The demonstrations came as US Assistant Secretary of State Richard Boucher was in Islamabad on an "election mission."

Opposition and legal community have accused Musharraf of ousting the Chief Justice for his opposition to his re-election for a second five-year term as president-in-uniform, in defiance of the constitution. Last Mod: 14 Haziran 2007, 12:52
Add Comment