Threats for journalists on rise in Sri Lanka

An international media freedom delegation said here Friday that journalists in Sri Lanka have become increasingly under threat in the environment of violence in the island's separatist armed conflict. 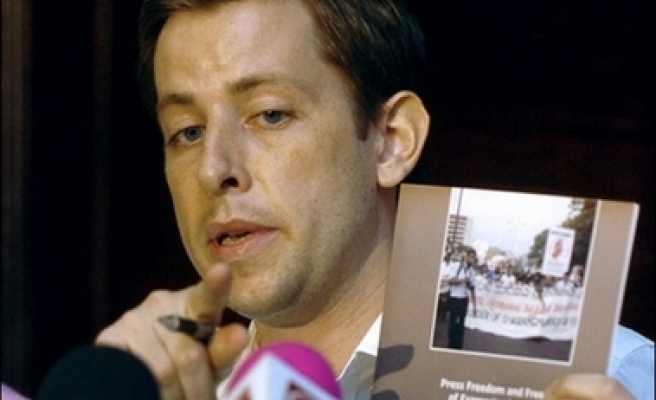 An international media freedom delegation said here Friday that journalists in Sri Lanka have become increasingly under threat in the environment of violence in the island's separatist armed conflict.

The International Press Freedom and Freedom of Expression Mission, consisted of some 11 international media freedom organizations, highlighted the unhealthy culture of impunity and the lack of progress on the investigations into killings of journalists in the island country.

"Eleven journalists have been killed since August 2005 and journalists are working under intimidating environment," Thomas Hughes of International Media Support said in a press conference at the conclusion of the delegation's second visit to Sri Lanka.

They visited the island's conflict zones in the north and east to gather first hand information on the impact of the escalation of hostilities on media and journalists.

David Dadge, another delegate said that Jaffna in Northern Province remains one of the most dangerous places for journalists to work.

They urge the government to take action to end the culture of impunity and devote time to give attention to the safety of journalists.

The delegates said that they have received commitment from the government to ensure freedom of media and freedom of expression during their meeting with the Minister of Media and Information Anura Yapa. Last Mod: 22 Haziran 2007, 18:36
Add Comment