Three people were injured in a blast overnight in northern Kosovo, which is populated mostly by the Serb minority, Kosovo police said Sunday. 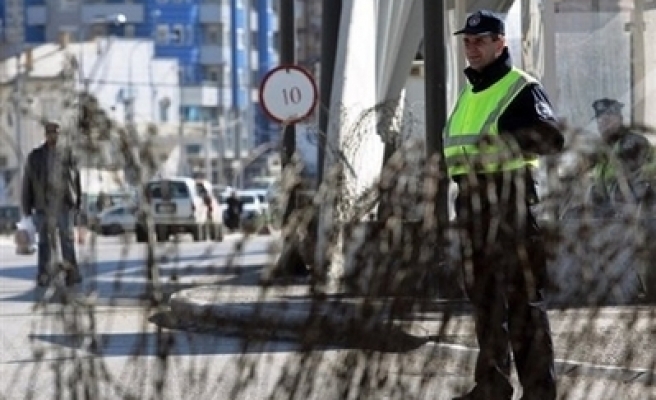 "A blast occurred around 2:15 a.m. (0015 GMT) in the centre of Leposavic," a Serb-populated town, police spokesman Besim Hoti said.

Hoti said an "explosive device, apparently a hand grenade, was thrown from a moving vehicle," adding that an investigation was underway.

The blast took place just hours after the start of the celebration of Orthodox Easter.

The three injured were taken to hospital in nearby Kosovska Mitrovica.

Around 40,000 mostly Orthodox Christian Serbs live in the northern part of Kosovo, bordering Serbia, out of the 120,000 who remain here.

Kosovo proclaimed independence on February 17 that was soon recognized by big Western powers, including the United States, despite strong opposition from Serbia and its traditional ally Russia.

Kosovo Serbs also fiercely oppose the move, especially in the Serb-majority north where it has triggered violent incidents.

A special team of investigators from the United Nations arrived in Pristina this weekend to examine the one of the worst clashes, on March 17, in which a Ukrainian police officer was killed and 150 other people injured.