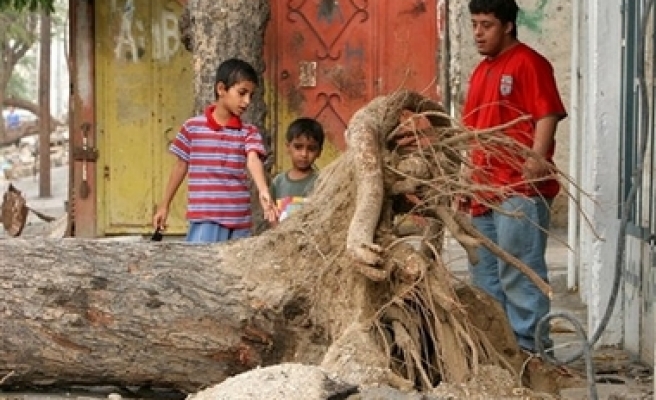 There was no immediate official confirmation of the IRIB report.

Local officials in the provinces of Hormuzgan and Sistan-Beluchistan as well as the interior ministry said earlier Thursday that the cyclone has so far caused no casualties.

The IRIB report said that two people were killed in Jask and one in Bandar-Abbas in the Hormuzgan province. The IRIB website said that the two killed in Jask were relief workers whose lorry fell into the Tabarkan river.

A health department spokesman in Hormuzgan had earlier said a man died in Bandar Abbas but he was killed in a motorbike accident and not by the cyclone.

According to news agency reports Thursday, no major damage was caused by Cyclone Gonu in Iran, but there was still a state of emergency in at least two provinces in the south and south-west of the country,

Residents of the ports Jask and Chabahar in the provinces of Hormuzgan and Sistan-Beluchistan respectively were ordered to leave and seek temporary shelter in safer areas for the next 24 hours at least.

The governor of Sistan-Beluchistan said that so far no major damage had been witnessed in the province, but all local officials were still on alert as the storm could still hit the province during Thursday.

Also officials in Hormuzgan said that despite strong winds on Wednesday night measuring 200 kilometres per hour, there have been no casualties in the Persian Gulf province.

Damage in both provinces was reportedly limited to toppled trees and temporary difficulties with the electricity supply.

The interior ministry, however, warned residents in the two provinces to stay away from coastal areas and avoid sea transport as wave heights in the Persian Gulf could reach more than five metres.

The country's civil aviation organization has cancelled flights to the airports which might be affected by Cyclone Gonu. Last Mod: 07 Haziran 2007, 17:20
Add Comment