A 3-year-old Indonesian girl has tested positive for bird flu and is being treated in a hospital in eastern Sumatra province of Riau, health ministry officials said Sunday. 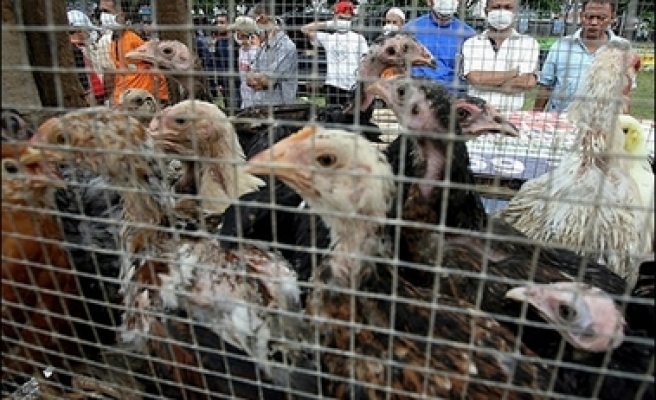 A 3-year-old Indonesian girl has tested positive for bird flu and is being treated in a hospital in eastern Sumatra province of Riau, health ministry officials said Sunday.

The child from the town of Rumbai fell ill on June 18. One day later, she was admitted to the Arifin Achmad hospital in the provincial capital Pakanbaru, suffering from fever but without cough or respiratory problems, ministry spokeswoman Lily Sulistyowati said.

"She was in good condition but is still being treated at the hospital," Sulistyowati said.

Joko Suyanto from the health ministry's bird-flu centre said two local tests showed positive for H5N1 virus. He added that the girl had been in contact with dead chickens.

Globally, there have been 314 cases and 191 human deaths, according to World Health Organisation data.

Alarmed by a sudden spike in human bird-flu deaths early this year, the Indonesian government declared a ban on backyard poultry in residential areas of nine provinces.

In addition, the government also placed tight restrictions on the movement and sale of poultry and poultry products across the nine provinces and is preparing more hospitals to treat human cases of the virus.

Most bird-flu victims around the world have had direct or indirect contact with sick birds, but scientists fear the virus could mutate into a form that is easily transmissible among humans, sparking a global pandemic that could kill millions.

Indonesia's bird-flu commission claimed early this month that the country was on the right track in containing the H5N1 virus, but warned that it might have undergone a mutation that allows it to jump more easily from poultry to humans. Last Mod: 24 Haziran 2007, 14:37
Add Comment