Tiger top of most threatened species

The tiger has again topped the list of the WWF's 10 most threatened species. 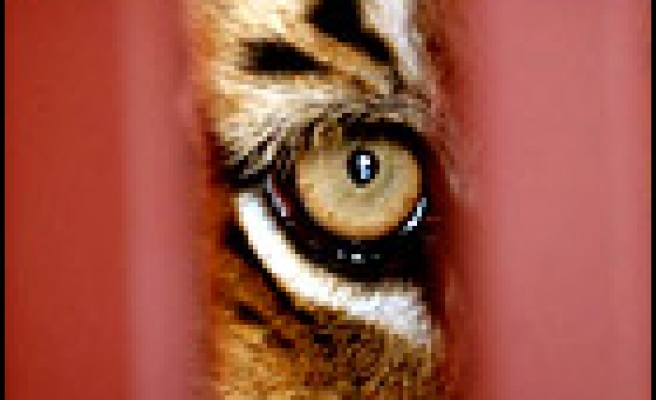 The tiger has again topped the list of the WWF's 10 most threatened species.

Already endangered its situation could be worsened by China's attempt to have the worldwide ban on tiger products lifted.

The list has been released prior to the biennial conference of the Convention on International Trade in Endangered Species (CITES) which begins in the Hague on June 3.

Another creature at high risk is the Sawfish, large rays related to sharks, with a distinctive rostrum (snout) that is sold as a ceremonial weapon. It faces an insatiable demand for their meat and fins, which are used in shark fin soup.

The porbeagle shark, found in UK waters and fished for its meat and fins; and red and pink coral, made into jewellery which now has a massive marketplace on internet auction sites, also make the list.

"CITES provides a vital opportunity to protect some of the world's most endangered species so that they are not traded to the point of extinction," said Heather Sohl, wildlife trade officer at WWF.

"The tiger already faces a number of threats and China lifting their ban in the trade of tiger products could sound the death knell for the species. Some of the marine species in the top 10 list - such as the porbeagle and spiny dogfish sharks and the sawfish - are seeing dramatic population declines which need to be addressed before it is too late."

In addition to continuing threats from habitat loss and forest conversion, the potential re-opening of trade from tiger 'farms' in China threatens to devastate wild populations of this endangered animal.

A powerful, highly migratory shark, which grows up to 3.5 metres in length. There is international demand for its high-value meat and fins. It is also used as fertiliser and is fished for sport in the UK. Populations of the species in the North Atlantic have declined by up to 89%.

Sawfish, large rays related to sharks, with a distinctive snout that is sold as a ceremonial weapon, face an insatiable demand for their meat and fins, which are used in shark fin soup.

A white-spotted shark known as rock salmon, it is used in fish and chips in the UK and as a smoked meat delicacy in Germany. The EU is the major importer of the species, which has seen population declines of over 95% in the North-east Atlantic in the last 10 years.

This is the most valuable of all the precious corals. It has been fished for over 5,000 years and used for jewellery and decoration. Over-harvesting and the destruction of entire colonies by bottom trawls and dredges have led to dramatic population declines.

Hunted for their horn, a prized ingredient in traditional Asian medicines, and devastated by the destruction of their lowland forest habitat, Asian rhino populations are now distressingly small. An upsurge in poaching over the last few years is taking its toll even on stable populations.

The European eel comes from coastal and freshwater areas throughout Europe. Stocks have declined dramatically over the past several decades due to overfishing and poaching, spurred by demand for their rearing in aquaculture and for the highly valued meat of adults.

The ongoing poaching of elephants and illegal international trade in ivory is stimulated by rampant ivory sales in some countries, particularly in Africa and Asia. Despite previous CITES decisions, and valiant efforts of some countries, these markets persist.

Wild populations of great apes (gorillas, chimpanzees and orang-utans) continue to decline drastically and are threatened by the combined effects of illegal trade in live animals (usually for pets), poaching for meat, disease, and habitat disturbance, fragmentation and destruction.

Population declines and high levels of illegal logging and trade in this highly valuable Latin American rainforest tree species continue, despite its listing on CITES Appendix II, five years ago.