For the first time in the four years the American Time Magazine has been compiling the list of the world's 100 most influential people, US President George W. Bush did not have enough juice to make the cut, while famed Egyptian preacher Amr Khaled has mad 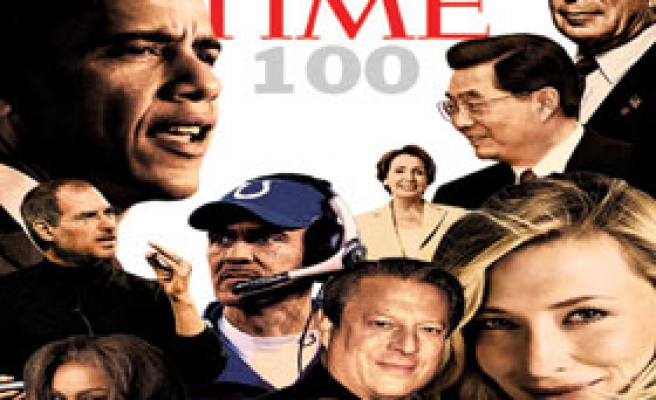 "We felt that he has lost much of the influence he once had," Time's deputy managing editor, Adi Ignatius, said in statements accompanying the release of the list Friday, May 4, The Seattle Times reported.

"Democrats now control both the House and Senate, and he has lost support from many of the United States' traditional allies and even from many prominent Republicans."

Al-Qaeda leader Osama bin Laden and Pope Benedict XVI are among a packed and varied field chosen by the magazine for this year's list.

The list, which is designed to recognize "the men and women whose power, talent or moral example is transforming our world," does not appear in any order or give the magazine's reasons why some people were chosen over others.

Besides Rice, US talk show host Oprah Winfrey is the only person to have appeared all four years, featuring in the "heroes and pioneers."

Famed Egyptian preacher Amr Khaled has appeared for the first time in the annual Time's list.

He was ranked 64th under the "Heroes and Pioneers" category.

"Amr Khaled is not a household name in the West. But for a segment of the Islamic world, the 39-year-old Egyptian is a rock star," the Time said.

"At a time when conservative clerics have become primary arbiters of power, Khaled, a layman, has one of the Arab world's most popular websites; regular shows on Iqra, a Saudi-owned religious satellite channel; and an influence that prompts comparisons with everyone from Dr. Phil to Pat Robertson," it added.

The program, the magazine added, also urges them to get along peacefully with the West.

It said Khaled is a needed voice for moderation from within the Muslim world.

"[Osama] bin Laden is saying he is talking on behalf of Muslims," it quoted Khaled as saying. "Who asked him to talk on behalf of us? Nobody."