Scientists have produced a tiny chemical 'brain', able to control nano-machines and boost the processing power of future computers. 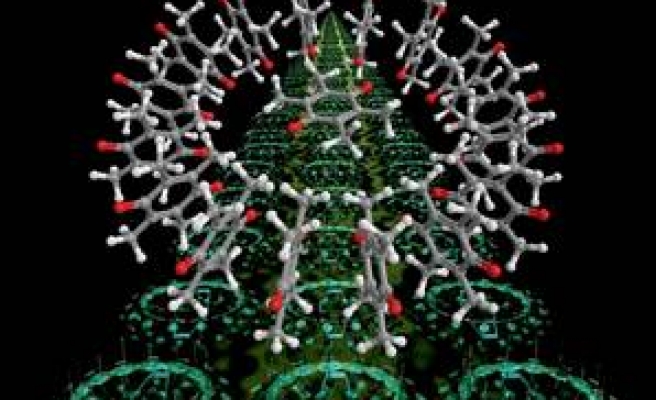 The molecular device, which can control eight microscopic machines at one time, has raised new hopes in treating diseases.

The machine is made of 17 chemical duroquinone molecules, each sitting at the centre of a ring formed by the remaining 16.

The chemical duroquinone molecules known as 'logic device' are connected by hydrogen bonds and a scanning tunneling microscope (STM) switches the state of the control molecule at the centre.

The STM system enables the nanotechnologists to change the central molecule's state and switch the states of the surrounding 16 at the same time, BBC reported.

Experts believe the device could be used during remote operations by guiding the nanobots through the body and controlling their functions.