Belgian archaeologists have discovered the intact tomb of an Egyptian courtier who lived about 4,000 years ago, Egypt's culture ministry said on Sunday. 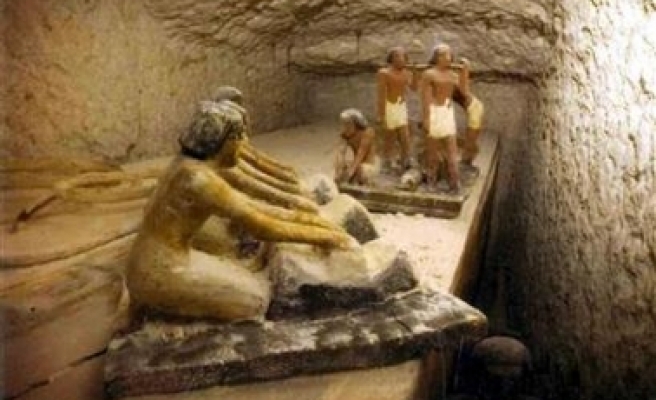 Belgian archaeologists have discovered the intact tomb of an Egyptian courtier who lived about 4,000 years ago, Egypt's culture ministry said on Sunday.

The team from Leuven Catholic University accidentally found the tomb, one of the best preserved of its time, while excavating a later burial site at the Deir al-Barsha necropolis near the Nile Valley town of Minya, south of Cairo.

The tomb belonged to Henu, an estate manager and high-ranking official during the first intermediate period, which lasted from 2181 to 2050 BC and was a time of political chaos in ancient Egypt.

The archaeologists found Henu's mummy wrapped in linen in a large wooden coffin and a sarcophagus decorated with hieroglyphic texts addressed to the gods Anubis and Osiris.

The tomb contained well-preserved painted wooden statuettes of workers making bricks, women making beer and pounding cereal, and a model of a boat with rowers, a ministry statement said.

"The statuettes (are of) the best quality of their time. They are characterized by realistic touches and unusual details such as the dirty hands and feet of the brick makers," the statement said, quoting Belgian team leader Harco Willems.