The arrest came on the eve of a meeting of EU Foreign Ministers scheduled to discuss closer relations with Belgrade following the formation of a new pro-Western government. 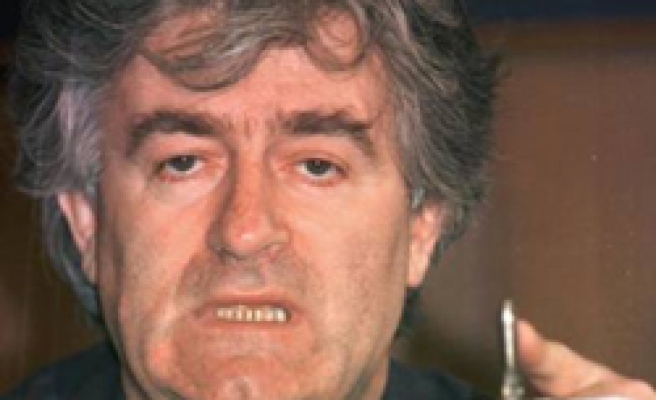 "Karadzic was located and arrested," President Boris Tadic said in a terse bulletin with the news that Bosnian Muslims had begun to despair of ever hearing.

It brought people out in the night onto the streets of Sarajevo, the city his troops shelled mercilessly during a 43-month siege, to celebrate the capture of the man charged with authorising the slaughter of 11,000 of their fellow citizens.

Serbian government sources said Karadzic had been under surveillance in Serbia for several weeks, after a tip-off from a foreign intelligence service. He did not resist arrest, they said.

His arrest was one of the main conditions of Serbian progress towards European Union (EU) membership, which most of its people desire.

Richard Holbrooke, former U.S. Balkan troubleshooter during the wars of the 1990s' described Karadzic as" a real, true architect of mass murder".

Karadzic went underground more than a year after Holbrooke negotiated the 1995 Dayton accords that ended the war in Bosnia and NATO deployed a huge force of peacekeepers in early 1996.

Alleged sightings were rare. He was said to be hiding in monasteries, disguised, shuttling among remote hideouts with the help of a network of diehard loyalists.

His arrest leaves two war crimes suspects still wanted by the Hague tribunal. But it should be enough to secure Serbia closer ties with the European Union (EU) and possibly the status of EU membership candidate state this year.

Karadzic was indicted along with his army commander, General Ratko Mladic, for genocide at Srebrenica, where some 8,000 unarmed Bosnian Muslim males were rounded up and murdered and bulldozed into mass graves in July 1995.

"The arrest of Radovan Karadzic is confirmation that every criminal will eventually face justice," said Munira Subasic, head of a Srebrenica widow's association.

"I hope that people who had to keep quiet because of Karadzic will start revealing the locations of mass graves and let us find the truth about our beloved ones," she said.

The arrest came on the eve of a meeting of EU Foreign Ministers scheduled to discuss closer relations with Belgrade following the formation of a new pro-Western government.

"It proves the determination of the new Serbian government to achieve full cooperation with the ICTY (International Criminal Tribunal on the former Yugoslavia). It is also very important for Serbia's European aspirations," said European Commission President Jose Manuel Barroso.

EU members who insist Serbia must handover all war crimes suspects are likely to see it as proof that Karadzic's fellow genocide suspect, the fugitive wartime commander Mladic can also be seized if Belgrade has the political will to face down hardline nationalists.

The new government is an odd-couple alliance of President Tadic's pro-Western Democratic Party and the Socialists of the late Milosevic, who died in detention at the Hague war crimes prison before del Ponte could obtain a conviction.

U.N. Secretary-General Ban Ki-moon praised Serbian authorities for taking a "decisive step toward ending impunity" of those indicted for crimes in Balkan conflicts.

"This is a historic moment for the victims, who have waited 13 years for Mr. Karadzic to be brought to justice," he said in a statement released by the United Nations.

The EU, initially worried about where the Socialists stood on the Hague tribunal, welcomed the capture, which apparently took place in Belgrade.

Some officials said they expected Karadzic to be taken swiftly to The Hague, but a senior judicial source in Serbia told Reuters he would likely stay in the country for at least three days while his lawyers appeal to fight his extradition.

Karadzic is still seen by militant nationalists as a national saviour following the collapse of Yugoslavia.

"This is payback to the EU for bringing this new government to power," said Aleksandar Vucic of the nationalist Radicals, one of Serbia's strongest parties. "Karadzic is a Serbian hero. There will be a strong backlash."

Karadzic's place of hiding had been a constant subject of international speculation since he went underground in 1997. The West had long suspected Belgrade of failing to press the search, but the new government had signalled it wanted to comply.

Karadzic, who wore his long, grey hair in a floppy boufant, was currently undergoing a formal identification process, including DNA testing, and would be meeting with investigators overnight, official sources said.