During yesterday's 12-hour deliberations, the court rejected a request for recusation of four of its members on the ground of "non-jurisdiction of applier". 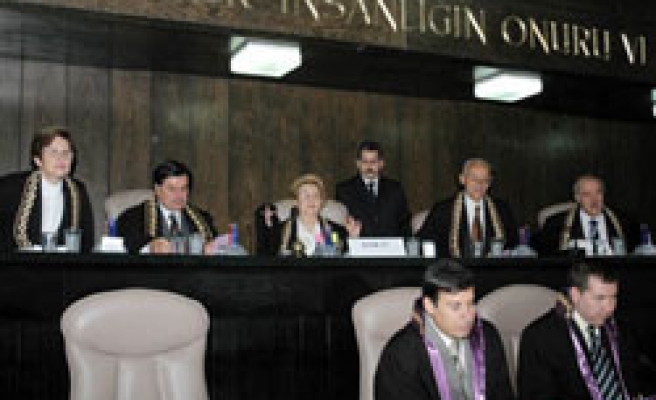 The Constitutional Court, Turkey's highest judicial body, has begun the second-day deliberations on the closure case against the ruling Justice & Development (AK) Party.

The eleven-member delegation of the court convened at 9:30 a.m. Turkish local time.

During yesterday's 12-hour deliberations, the court rejected a request for recusation of four of its members on the ground of "non-jurisdiction of applier".

Osman Can, rapporteur of the case, also attends the deliberations to response to questions of the court delegation.

Chief prosecutor Abdurrahman Yalcinkaya asked the Constitutional Court in March to outlaw Prime Minister Recep Tayyip Erdogan's AK Party and ban him from politics for five years together with 70 other party members.

Security forces have taken tight security measures inside and around the court building.