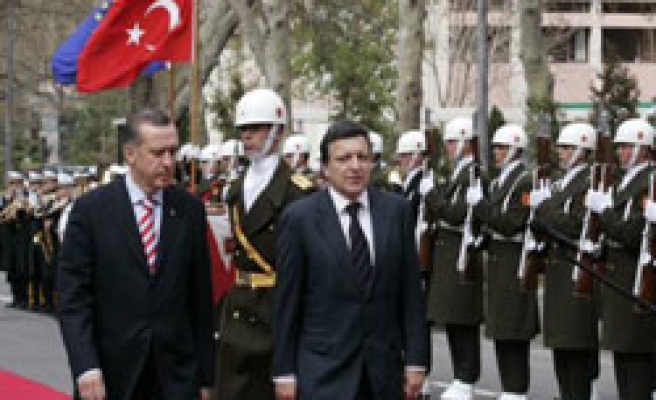 EU officials have slammed the prospect of a ban on the AKP as undemocratic, Rehn warning that Turkey's accession talks could be derailed.

The AKP has disowned its religious roots and pledged commitment to democracy, launching a series of reforms that led to the start of Turkey's EU accession talks in 2005. It was re-elected to a second term in July with almost 47 percent of the vote.

AKP supporters see the court case as a fresh attack against their party by hardline secularists, whose prominent members include senior judges, the military and some academics.

Turkey has so far opened talks on only six of the 35 policy chapters EU candidates must complete before accession. Brussels froze negotiations on eight chapters in 2006 over Turkey's refusal to grant trade privileges to EU member Greek Cyprus, which Ankara does not recognise.

Opposition to Turkey's accession by some EU members, including France and Germany, has also slowed progress of the talks.