Top UN official Lynn Pascoe said on Monday that he was optimistic progress could be made in Cyprus reunification talks after arriving on the island for a three-day visit to offer his support. 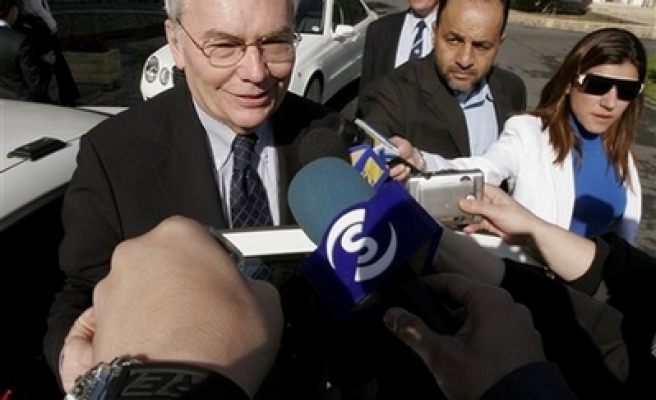 Pascoe wants to "determine how the United Nations can assist efforts to reach a settlement on the island" after Greek- and Turkish-Cypriot leaders agreed on March 21 to enter fully fledged peace talks in three months.

Asked by reporters after his meeting with Christofias whether he was optimistic that a solution could finally be found to the island's three-decade division, Pascoe replied: "I'm always optimistic."

Christofias was elected president in February on a platform of reviving reunification talks which had gone nowhere under his predecessor Tassos Papadopolous.

At his first meeting with Talat as president, Christofias reached agreement on relaunching talks in earnest after three months of preparatory work by technical committees.

The two leaders also agreed that, as a confidence building measure, a symbolic crossing point at Ledra Street in the heart of the island's divided capital "will as soon as technically possible open".

Pascoe is also due to visit both Athens and Ankara in April as part of his efforts to help the reunification talks.

Greek Cypriot voters rejected a UN reunification plan that was approved by Turkish Cypriots in 2004 meaning that a divided island joined the European Union later the same year.