White House military adviser Adm. Mike Mullen said it would be difficult to predict the impact throughout the region or what actions the United States would have to take to contain it. 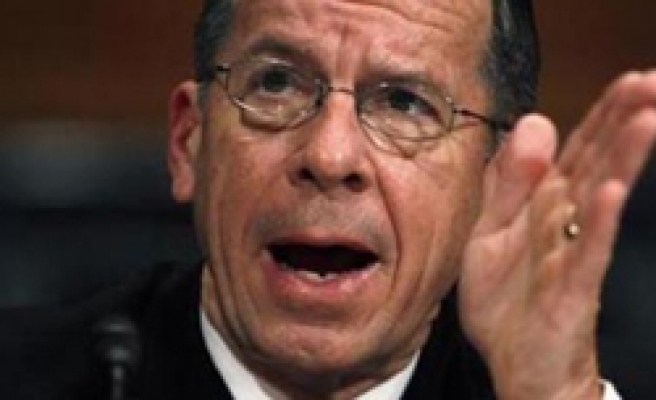 White House military adviser Adm. Mike Mullen said on Sunday he was concerned that any U.S. or Israeli strike on Iran carried a notable risk of more turmoil in the Middle East.

"I think it would be significant. I worry about it a lot," Mullen, chairman of the Joint Chiefs of Staff, told the "Fox News Sunday" television program.

U.S. officials have played down fears of a military strike against Iran over its nuclear program, which Tehran says is for peaceful purposes.

"I worry about the instability in that part of the world and ... the possible unintended consequences of a strike like that," Mullen said.

He said it would be difficult to predict the impact throughout the region or what actions the United States would have to take to contain it.

"Right now I'm fighting two wars, and I don't need a third one," Mullen said, speaking of U.S. military engagements in Iraq and Afghanistan. But he quickly added the U.S. military would be capable of handling another front.

Alternately, he added, the risk of doing nothing is also big.

"It's a very, very tough problem," Mullen said. "But that's where I think this international community -- and the pressure has got to continue to be brought specifically on Iran to not proceed in this regard."

Mullen said he believed the Iranians are intent on building nuclear weapons. "We need to figure out a way to ensure that that doesn't happen," he said.