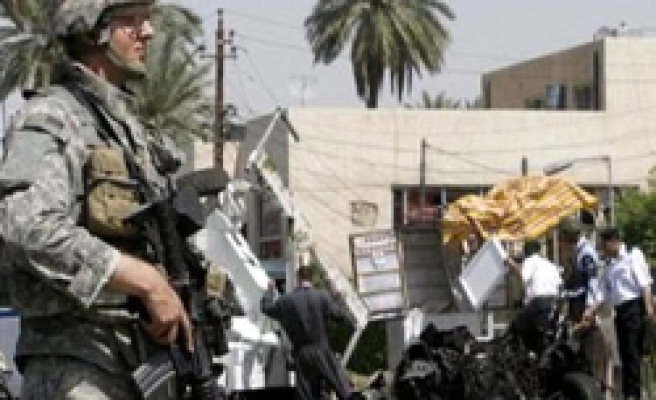 A top Democratic lawmaker declared on Thursday that the war in Iraq "is lost," pointing to the sustained bloodshed there even as President George W. Bush urged patience with his strategy.

"This war is lost, and this surge is not accomplishing anything, as is shown by the extreme violence in Iraq this week," Senate Democratic Majority Leader Harry Reid told reporters, referring to the US-led security push in Baghdad.

Bush did not directly address Reid's comments, but White House spokeswoman Dana Perino quickly fired back that they were at odds with US military assessments of the two-month-old effort to quell sectarian violence in Iraq.

And "if this is his true feeling, then it makes one wonder if he has the courage of his convictions and therefore will decide to defund the war," the spokeswoman said as the president pleaded for time for his plan to work.

Locked in a bitter weeks-long feud with Democrats in Congress over emergency war funding, Bush said one day after a suicide blasts that killed more than 200 people in Baghdad that no crackdown could ever fully banish such attacks.

"If the definition of success in Iraq -- or anywhere -- is 'no suicide bombers,' we'll never be successful," he told a friendly audience at a high school in Tipp City, Ohio.

A top military commander, however, warned that Al-Qaeda in Iraq would press ahead with its campaign of high profile bombings to defeat US efforts to stabilize Baghdad.

"We should have realistic expectations. These high-profile attacks are going to continue," said Major General Michael Barbero, the Joint Staff's deputy director for regional operations.

Democrats, who owe their control of the US Congress to deep US public anger over the war, have tied timetables calling for a withdrawal of US combat forces from Iraq in 2008 to a 100-billion-dollar emergency war funding measure.

Bush, who has vowed to veto any measure with a deadline, warned Thursday that "the very radicals and extremists who attack us would be emboldened" by a hasty US withdrawal, and violence could spread beyond Iraq's borders.

The US president met with Reid, House Speaker Nancy Pelosi, and other lawmakers at the White House on Wednesday as part of an effort to map their way past the stalemate over the Iraq war funding.

Reid said Thursday that he had delivered his bleak message to Bush during the hour-long conversation at the White House, which parties on both sides said yielded no breakthrough.

The House version of the funding bill would pull US combat troops out by September 2008. The Senate version would begin getting US forces out in mid-2007 with the goal of having most of them withdrawn by March 31, 2008.

Democrats predicted that the US Congress would reconcile the rival versions and send the legislation to Bush next week.

US Defense Secretary Robert Gates meanwhile flew into Fallujah, a former symbol of the Sunni-led insurgency, on an unannounced visit Thursday for talks with top US military commanders there.

He met with General David Petraeus, chief of coalition forces in Iraq, his deputy Lieutenant Colonel Ray Odierno and Admiral William Fallon, chief of US forces in the Middle East.