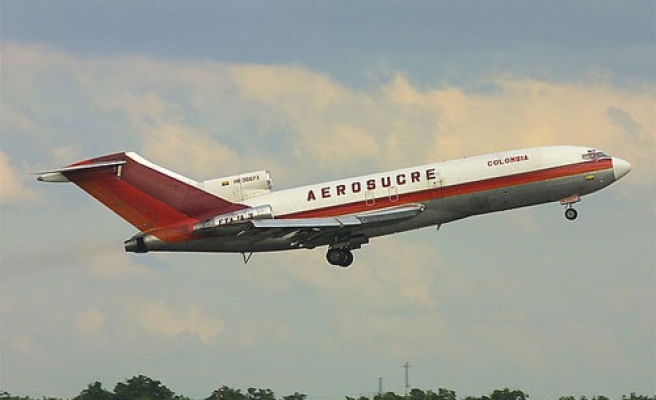 Although the danger of developing deep vein thrombosis — normally in the form of a blood clot in the calves — is small, it increases if people are immobile for long periods in cramped conditions, the U.N. agency said in a report. Some people are also predisposed to the condition for genetic or lifestyle reasons.

WHO based its recommendations on research done by scientists in Britain, Switzerland and the Netherlands after the death in 2000 of a British woman after a long flight from Australia.

Emma Christofferson, 28, died from a pulmonary embolism, which occurs when a blood clot in the extremities breaks away and travels to the lungs. The condition can be treated if detected in time.

WHO said studies showed the risk of developing blood clots during any form of travel longer than four hours was 1 in 6,000 among the general population. That would translate into one case for every 15 fully booked jumbo jets.

“The risk to an individual stepping on a plane is tiny,” Patrick Kesteven, a British doctor involved in the 24-page report, told The Associated Press.

“The problem is, vast numbers of people step on planes, and so it’s a tiny risk multiplied by a huge denominator, so that in terms of a public health issue it’s a highly significant problem,” he said.

The Geneva-based International Air Transport Association said some 2.2 billion journeys are made by plane every year, though it was unable to say how many are long-haul.

Association spokesman Anthony Council said many airlines inform passengers of the risk of blood clots. “The advice that we give to passengers is that if you’re in one of those at-risk groups you should speak to your physician before traveling,” he told the AP.

Shanthi Mendis, a WHO expert on the issue, said the risks vary depending on a person’s condition and how they behave, but added that the most important factor was immobility.

By getting up for a short walk, or doing exercises to contract the calf muscles every hour, passengers can greatly reduce the risk of blood clots, she said.

People also should not take sedatives or drink large amounts of alcohol because that would make them more likely to be immobile for long periods of time.

Other factors that can affect a person’s chances of developing blood clots are obesity, genetic conditions, age, use of oral contraceptives, and being shorter than 5-foot-4 or taller than 6-foot-4. The theory is that short people are less mobile because their feet dangle and taller people because they are more cramped.

Mendis said research was needed to determine the precise impact of these risk factors, but one study had shown that women who take birth control pills are 10 times more likely to develop blood clots during long-distance travel than the average person.