Awatef Ahmed Isaac is something of a celebrity in this dusty Darfur town where the handwritten dispatches she pins to the same tree each week are the main source of independent news. 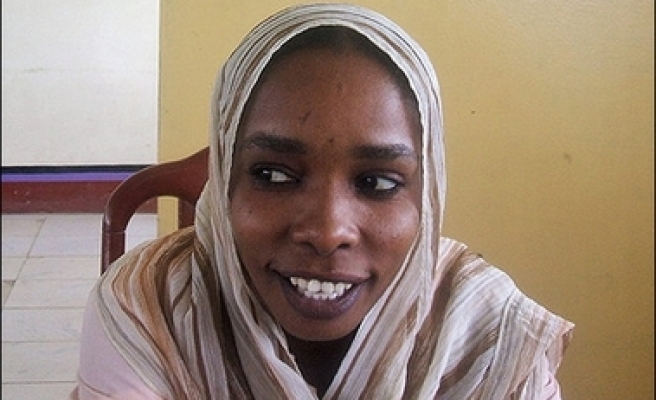 Awatef Ahmed Isaac is something of a celebrity in this dusty Darfur town where the handwritten dispatches she pins to the same tree each week are the main source of independent news.

The self-taught young reporter from Al-Fasher, the capital of Sudan's war-torn North Darfur, produces the homespun gazette in memory of her late elder sister whose dream was to publish a newspaper to tell the story of their town.

Awatef's journal, Al-Raheel, or The Journey, pays tribute to the two million people forced to flee their homes because of a four-year conflict.

The assertive 24-year-old, who suffers from a mild motor disability, is unwavering in her ambition.

"I want a daily newspaper, a printing house and a car," she said, pointing out she needed a vehicle to move around the town, which is chaotic by day and where insecurity reigns after sunset.

Locals may regard her as eccentric in a town where minds have long been focused on constant shortages of food, fuel and electricity. Since the war, the name of the game has simply been surviving Darfur's daily tragedies.

Awatef wants a soapbox to expose the sorry state of public services, to push for an end to water shortages and help build up the infrastructure, all factors which contributed to the outbreak of the rebellion against Khartoum.

Awatef, who shot to fame when The Washington Post ran an article about her earlier this year, has for a decade been penning scenes from daily life in Al-Fasher, running commentaries and describing everyday miseries.

"I couldn't do journalism in Khartoum, which is much too far away, if I want to describe the daily life of people here," she explains.

"When the war started, I expanded my writings to include the problems of the displaced, and the search for peace," she said, noting that a growing fanbase was crowding around Al-Fasher's most famous tree to read the weekly digest.

Has she ever received any threats? Quite the opposite, she insists.

"I once got an anonymous phone call from someone who demanded that I stop the paper but I didn't pay much attention to it," she said.

In fact, since The Washington Post article, she has received encouragement and messages of support.

A US citizen sent her a laptop and a bank account was opened in her name with a modest deposit, although not enough to help launch her dream newspaper, she said.

She has also been honoured by the Sudan People's Liberation Movement (SPLM) which governs south Sudan.

The 20-page edition is now distributed in textbook form and posted online, on the website Sudaneseonline.com.

But the original 'dazibao' format is pinned to the tree every week, sometimes to the delight of hungry sheep who mistake it for fresh grass.

Awatef aims one day to travel to Beirut, the Arab's world's journalism capital, to brush up on her skills, but for now she has vowed to stay put and branch out in Al-Fasher. Last Mod: 30 Mayıs 2007, 19:33
Add Comment