Indian leaders in Brazil have reacted angrily to comments by Pope Benedict that they had been purified by the Roman Catholic church since Columbus landed in the Americas in 1492. 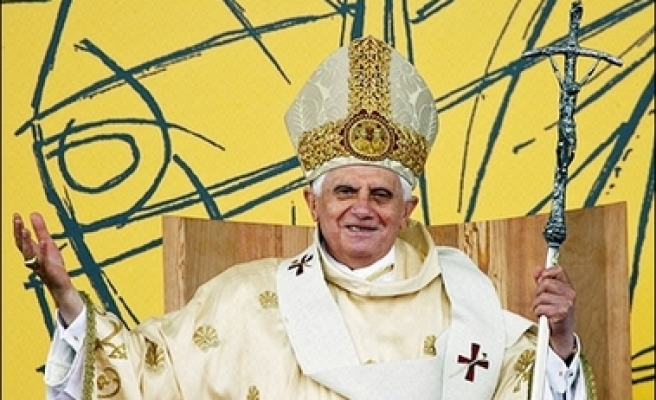 Indian leaders in Brazil have reacted angrily to comments by Pope Benedict that they had been purified by the Roman Catholic church since Columbus landed in the Americas in 1492.

In a speech to bishops at the end of a visit to Brazil on Sunday, Benedict said indigenous people of the Americas had welcomed European priests after conquest.

"It's arrogant and disrespectful to consider our cultural heritage secondary to theirs," said Jecinaldo Satere Mawe, chief co-ordinator of Coiab, an Amazon Indian group.

The pope had said the peoples of the Americas had a "silent longing" for Christianity and welcomed European priests' arrival.

He said the church had not imposed itself on the indigenous peoples of the Americas.

Since Colombus's landing, millions of tribal Indians are believed to have died as a result of European colonisation backed by the Roman Catholic church through murder, disease or enslavement.

Many Indians today struggle for survival, stripped of their traditional ways of life and excluded from society.

Indian groups sent a letter to Benedict last week asking for support in defending their ancestral lands and culture.

The letter said the Indians had suffered a "process of genocide" since the first European colonisers had arrived.

Priests blessed conquistadors as they waged war on tribal Indians.

Other tribal leaders also voiced their criticism on Monday.

Dionito Jose de Souza, a leader of the Makuxi tribe in northern Roraima state, said: "The state used the church to do the dirty work in colonising the Indians but they already asked forgiveness for that ... so is the pope taking back the church's word?"

Pope John Paul II spoke in 1992 of mistakes in the evangelisation of native peoples of the Americas.

"We repudiate the [pope's] comments," said Sandro Tuxa, leader of the movement of northeastern tribes.

"To say the cultural decimation of our people represents a purification is offensive, and frankly, frightening.

"I think [the pope] has been poorly advised."