Israeli troops arrested a Hamas cabinet minister early Saturday as part of a widening offensive against the group. 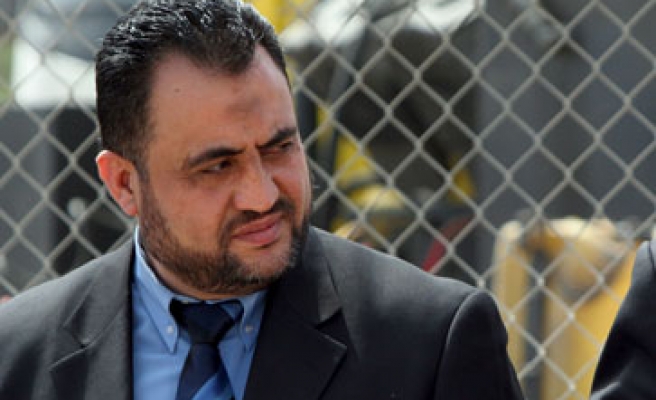 Israeli troops have seized a Hamas cabinet minister from the Palestinian unity government in the occupied West Bank.

Wasfi Kabha's daughter said five soldiers came to their house before dawn, took her father, his computer and other documents.

The Palestinian minister of state's detention came after 33 Hamas political leaders were arrested on Thursday.

The Israeli army confirmed it had arrested a Hamas member overnight but did not identify him.

Kabha is the second Hamas minister in the unity cabinet to be arrested by Israeli forces. Nasser Shaer, the education minister, was among those seized earlier in the week. Israel has been holding 40 Palestinian politicians from Hamas rounded up over the past year.

It was the second consecutive day that locations around Haniya's home had been struck but the Israeli military denied that Haniya himself was a target.

The attacks came after a series of strikes on Friday killed two Hamas activists and wounded three others in the eastern sector of Gaza City.

Israel says the military campaign and arrests are a response to the hundreds of makeshift rockets that have been fired into Israel by Palestinian fighters in the Gaza Strip.

On Friday, representatives of Mahmoud Abbas, the Palestinian president, held talks with leaders of Hamas. Abbas wants a halt to rocket attacks on Israel for a month to allow Palestinians to discuss a truce with Israel, and each other.

"This mutual truce would be observed at first for one month in the Gaza Strip, then afterwards in the West Bank," Ayman Taha, a Hamas spokesman, said after the meeting.

The armed groups denied that any commitments had been made, saying only that they were weighing the trial Gaza truce proposal.

Taha said his organisation would "study the proposal".

"The next 48 hours will be decisive for determining which way the factions are going, and it will depend on Israel and whether it wants to stop its aggression," Abdel-Hakim Awad, a spokesman for Abbas's Fatah faction, said.