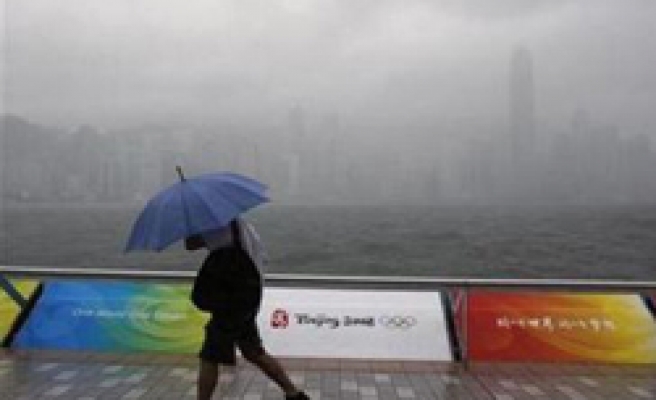 The satellite review of tropical rainstorms since the 1980s gave the first observational evidence to confirm computer models that predict more intense cloudbursts because of global warming stoked by human activities, they said.

Writing in the journal Science, they also said the trend to extreme soakings was stronger than predicted by computer models "implying that projections of future changes in rainfall extremes ... may be underestimated".

The findings were based on a study of the tropical oceans, where satellites can more easily record rainfall. Allan said the trends were likely to be matched over land.

The U.N. Climate Panel, drawing on the work of 2,500 scientists, said last year that rainfall was likely to get more intense in many tropical regions, raising risks of flash floods, erosion and mudslides.

But Allan told Reuters that the finding that the models were too cautious was less certain than the conclusion that tropical rainfall had become more intense. Checks might be made on land by examining rain gauges or river flows, he said.

The U.N. Climate Panel says that shifts in rainfall patterns are likely to disrupt farming in many regions, affecting the livelihoods of hundreds of millions of people especially in Asia, Africa and Latin America.

"Flash flooding can cause damage to settlements and societies. It can contaminate ground water, drinking supplies, with potential health effects," Allan said.

"The spread of disease can be impacted by heavy rainfall," he added. "Very intense rainfall can destroy crops. There are also possibilities of enhanced erosion, degradation of soil".

Scientists say it is hard to link climate change to one-off events such as floods in the U.S. Midwest that damaged millions of acres of cropland in June.

The U.N. Panel predicts more rain overall this century in many parts of the tropics and towards the polar areas with declines in middle latitudes such as the Mediterranean basin, the Western United States and southern Africa.