Tropical Storm Fay killed at least 57 people in other Caribbean countries over the weekend. 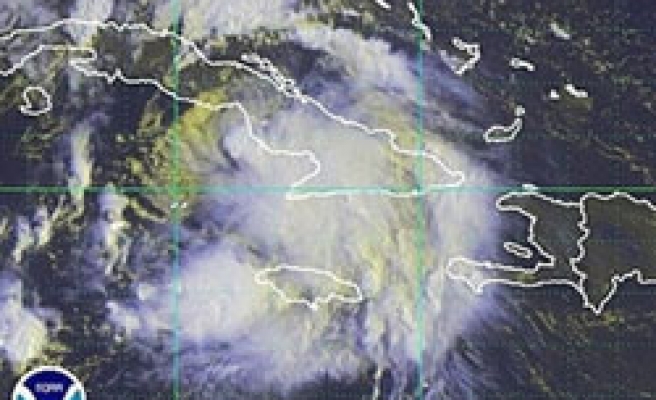 Tropical Storm Fay, which killed at least 57 people in other Caribbean countries over the weekend, slammed into Cuba's southwestern coast on Monday on a path expected to take it to Florida as a likely hurricane.

The storm hit Cuba with 50 mile per hour (80 km per hour) winds and could drop as much as eight inches (200 mm) of rain as it crosses the island on a northward path, forecasters said.

The Miami-based National Hurricane Center said that as of 5 am EDT (0900 GMT), the center of the storm was located inland over central Cuba.

It was moving to the north-northwest at nearly 12 miles per hour (19 kms per hour) and was expected to emerge into the Florida Straits later on Monday and reach the Florida Keys some time during the night. By that time, it would be approaching hurricane strength, meaning minimum winds of 74 miles per hour (118 km per hour).

Cuban officials ordered evacuations of low-lying parts of Havana, fearing that heavy rains and a storm surge from the Florida Straits could flood the Cuban capital and cause dilapidated buildings to collapse.

In the Florida Keys, tourists fleeing Fay, the sixth storm of the Atlantic cyclone season, created bumper-to-bumper traffic on the highway out of the islands at the state's tip.

Cuba had earlier evacuated people along its southern coast as Fay slid along, brushing the area with the winds and rain it now carries inland.

In Haiti, officials said about 50 people died when a bus tried to cross a river swollen by rain from Fay. Five others were known dead in Haiti and the Dominican Republic from flood-related accidents.

Jamaica said a middle-aged couple died in the capital, Kingston, when their car was caught in a flooded crossing.

A hurricane watch was posted for much of Florida western and southern coasts. Florida officials said they had deployed 500 National Guard troops and would keep closed some schools that were scheduled to open on Monday.

The hurricane center said it expected Fay eventually to hit Florida's western coast, which is well east of U.S. oil and natural gas production in the Gulf of Mexico.

But Shell Oil Co pulled 400 workers from offshore platforms over the weekend and Marathon Oil said it would take an unspecified number of workers off its offshore facilities.