In China, the government had evacuated hundreds of thousands of people in coastal provinces, Chinese state media said. 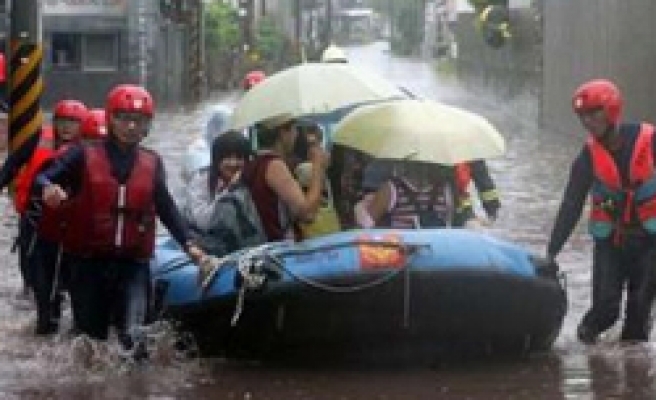 Tropical Storm Kalmaegi, killed 18 people and injured another eight, while seven are still missing after it hit the island, an official from the National Fire Agency said on Sunday.

"Most of the deaths were from the central and southern parts of Taiwan. These people were either washed away by floods or buried in landslides or drowned," the official told Reuters by telephone.

Television footage showed a broken bridge in Nantou county in central Taiwan, collapsed houses in the mountains and people wading through the waters in flooded areas.

Kalmaegi, the first typhoon to hit Taiwan this year, left Taiwan on Friday and was weakening over China after being downgraded to a tropical storm, an official from Taiwan's Central Weather Bureau said.

In China, the government had evacuated hundreds of thousands of people in coastal provinces, Chinese state media said.

Typhoons regularly strike China, Taiwan, the Philippines and Japan from July until the end of the year, gathering strength from the warm waters of the Pacific or the South China Sea before weakening over land.