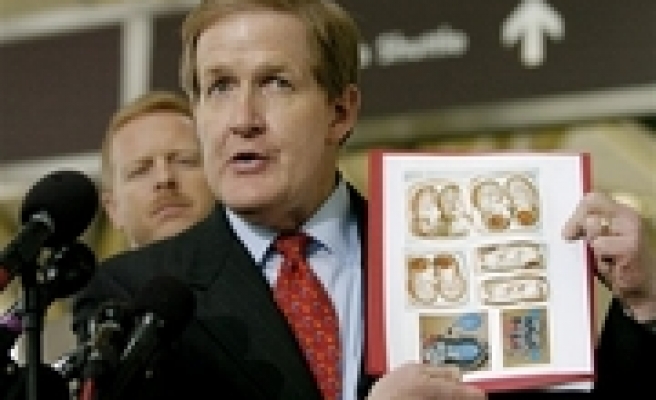 TSA headquarters. TSA Administrator Kip Hawley sent a letter to employees Friday apologizing for the lost data and promising to pay for one year of credit monitoring services.

"TSA has no evidence that an unauthorized individual is using your personal information, but we bring this incident to your attention so that you can be alert to signs of any possible misuse of your identity," Hawley wrote in the letter, which was obtained by The Associated Press. "We profoundly apologize for any inconvenience and concern that this incident has caused you."

The agency said it did not know whether the device is still within headquarters or was stolen.

TSA said it has asked the FBI and Secret Service to investigate and said it would fire anyone discovered to have violated the agency's data-protection policies.

In a statement released Friday night, the agency said the external — or portable — hard drive contained information on employees who worked for the

TSA, a division of the Homeland Security Department, employs about 50,000 people and is responsible for security of the nation's transportation systems, including airports and train stations.

"It's seems like there's a problem with security inside Homeland Security and that makes no sense," said James Slade, a TSA screener and the executive vice president of the National Treasury Employees Union chapter at John F. Kennedy International Airport. "That's scary. That's my identity. And now who has a hold of it? So many things go on in your mind."

The agency added a section to its Web site Friday night addressing the data security breach and directing people to information about identity theft.

"We should expect it to be secure," she said.

It's the latest mishap for the government involving computer data. Last year, a laptop with information for more than 26.5 million military personnel, was stolen from a Veterans Affairs Department employee's home. Law enforcement officials recovered the laptop, and the FBI said Social Security numbers and other personal data had not been copied.