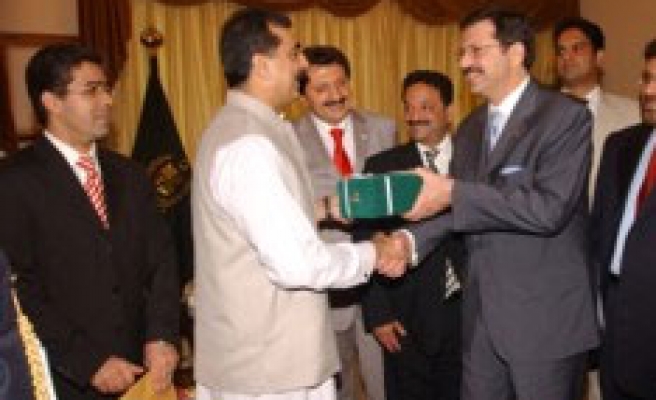 Hisarciklioglu, currently in Pakistan to attend ECO Chamber of Trade and Industry meeting and General Assembly meetings, said, "Turkish and Pakistani parties are working to resolve visa problem. TOBB plans to hold 'business forum' in Islamabad on the occasion of ECO summit scheduled for November 2008. Businessmen of ECO member countries will assess the problems of the region and submit them to the leaders of the countries. Trade volume among the member countries should be increased."

"Political and military relations between Turkey and Pakistan are on the highest level. However, this is not so in trade. It should be improved," Hisarciklioglu said.

Gilani said his country wanted to see more Turkish entrepreneurs in Pakistan, "we particularly have problem in energy production. We want to make use of Turkey's experiences and we give full support to investments in this area."