Turk court: 'No links' between court shootings and Ergenekon

The court's announcement that it found no links between the Council of State shooting and the Ergenekon gang, however, seems to contradict evidence presented earlier during the case. 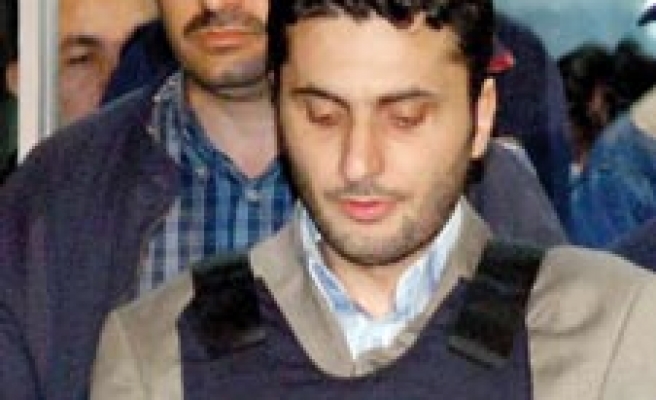 A court in Ankara has said that there was no link between an attack perpetrated against the Council of State in 2006 and a criminal network that is currently under investigation, adding that the attack was carried out in protest against the country's headscarf ban.

The Ankara 11th High Criminal Court said that no connection exists between Alparslan Arslan, who has been convicted of carrying out the Council of State shootings in 2006, and the Ergenekon gang -- a criminal network with ties to the state believed to have been carrying out preparations for coup against the government -- as alleged by Osman Yıldırım, another suspect in the attack. The court had previously sentenced Arslan to four life terms for the attack and it released its opinion on the trial yesterday.
"The suspects in the Council of State shootings had the objective of attacking individuals in protest against the headscarf ban. The attack was perpetrated following some caricatures mocking the use of the Islamic headscarf that found wide coverage in the media, as well as a ruling by the Council of State's Second Chamber on a covered teacher who was not allowed to serve in a nursery school while wearing her headscarf," the court said.

The armed attack against members of the Council of State's Second Chamber during a routine meeting on May 17, 2006 resulted in the death of a judge and the wounding of four other Council of State members. Arslan was captured soon after the attack, yelling: "We are grandsons of the Ottomans. We are the soldiers of God."

The court stressed yesterday that the necessary information about the Ergenekon investigation had been requested from an İstanbul court and that no link between the Council of State attack and the Ergenekon affair was detected after this information was examined.

"Thus, there was no need to wait for the Ergenekon probe to be concluded to reach a verdict in the case related to the Council of State shootings. It is apparent that the suspects aimed to put pressure on society with such an attack, which is a threat to the existing constitutional order," the court said. The court's announcement that it found no links between the Council of State shooting and the Ergenekon gang, however, seems to contradict evidence presented earlier during the case, including a photo showing Arslan and a key Ergenekon suspect, retired Gen. Veli Küçük, together as they pose side by side apparently in a town in Switzerland.

Arslan has also been charged with bombing the secularist Cumhuriyet daily in 2006, and the hand grenade used in the attack was part of a batch produced by the state that was found in a stockpile of ammunition and explosives discovered in a house in İstanbul linked to the Ergenekon network.