Turkish troops will stay in northern Cyprus until a "just and lasting peace" has been achieved on the divided island, Turkish Cypriot leader Mehmet Ali Talat said Wednesday. 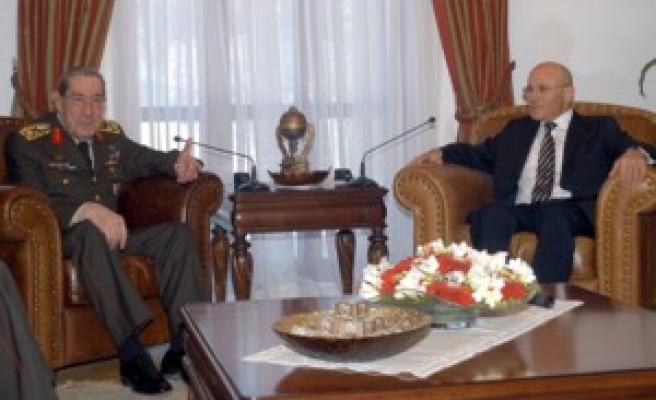 Turkish forces inTurkish Republic of Northern Cyprus, or TRNC, have been deployed in line with international agreements, Talat said.

"They will continue to conduct their mission until a just and lasting peace has been achieved."

Talat said the influential Turkish military supports us on the issues we are working on, together with the Turkish government.

Buyukanit said: "The Turkish soldiers are here for the security of the Turkish Cypriots. They have ensured their security and will continue to do so."

Turkey, the only country to recognize the TRNC, maintains about 40,000 troops in the north of the island.

A U.N. reunification plan was overwhelmingly approved by Turkish Cypriot voters in 2004 but rejected by Greek Cypriots in a simultaneous referendum.