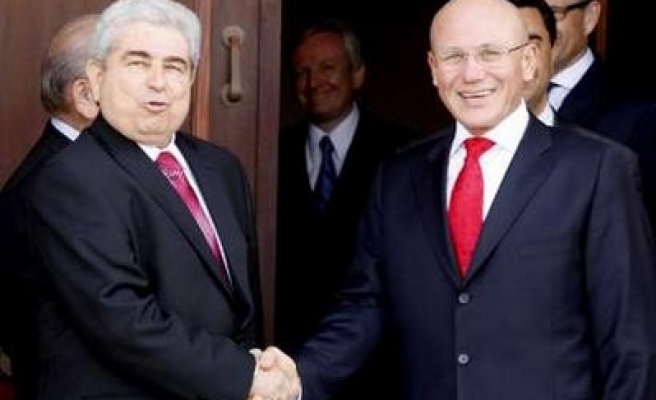 Talat and Christofias attended a reception organized at the buffer zone by the Slovakian Embassy in Nicosia on Wednesday night, The New Anatolian said.

The two leaders decided to continue talks and announced their decision to guests at the reception.

This was the third contact between the two leaders --only one of them was formal-- since Christofias' election in February.