'Turk, Greek troops can withdraw from Cyprus in peaceful atmosphere'

Turkish Prime Minister Recep Tayyip Erdogan said on Wednesday Turkish and Greek troops could withdraw from Cyprus once a peaceful atmosphere was achieved in the island. 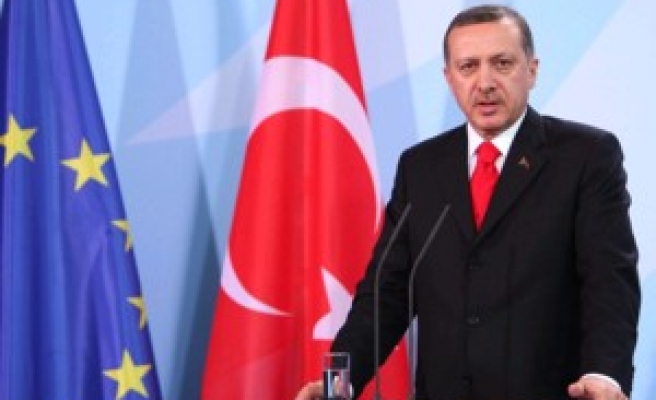 Attending a meeting on "EU and Turkey" in Swedish capital of Stockholm, Erdogan replied to a question by a Cypriot diplomat asking whether Turkey would play a positive role regarding the continuation of political will for the solution of Cyprus issue and whether Turkey would be ready to withdraw its troops from the island in the light of such an understanding.

Erdogan said, "once an island of peace is formed, both Turkish and Greek soldiers can withdraw. We can do that concurrently."

Erdogan also said what Turkey desired was a Cyprus with two states granted with equal rights.

Commenting on how the PKK affected Turkey's relations with Iraq and surrounding countries, Erdogan said there were no serious problems between Turkey and Iraq currently.

Erdogan said Turkey requested the Iraqi administration to eliminate the PKK camps located in the north of Iraq.

He said the two countries should act together if they were going to conduct a joint fight against terrorism.

Upon a question about his statements during his visit to Germany (as assimilation is a humanity crime), Erdogan said that he supports integration, adding that 2.7 million Turks who are living in Germany should be able to speak German language and should be in harmony with the German society. Erdogan said regarding the assimilation that people cannot be asked to leave their language, religion, culture and traditions, otherwise it has become a humanity crime.

When asked whether there is a pollution in straits of Turkey, Erdogan said that the government is seriously struggling against the wastes of vessels which use straits. He added that the straits are cleaner today than they were 5-10 years ago.