Turkey's nationalist opposition accused the government on Tuesday of betraying the country's identity, and instead pandering to EU demands that it reform laws prohibiting Turks from insulting their nation. 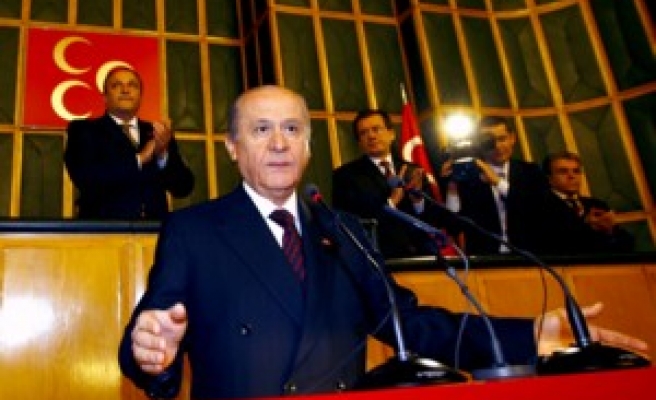 The comments were made ahead of a parliamentary debate on a reform of article 301 of the penal code.

Far-right MHP leader Devlet Bahceli told a meeting of his party the reform would be a "historical mistake".

"Slandering Turkey's honourable history, insulting the Turkish nation and the values of Turkishness has become a habit with the AK Party's political thinking, which lacks a sense of identity," he said.

The main opposition Republican People's Party (CHP) also opposes the reform, but it is expected to be passed without difficulty as the ruling AK Party enjoys a large majority in parliament.

The debate was expected to continue on Tuesday until the legislation is passed. Parliament convened at 1200 GMT and the reform was the second item on the agenda.

Under the bill, it will be a crime to insult the Turkish nation, rather than Turkishness, and the justice minister's permission will be required to open a case. The maximum sentence will be cut to two years from three.

Writers and publishers claim they will continue to face frequent trials, arguing that the proposed changes are minor and other laws restricting freedom of expression remain intact.

Brussels has given a lukewarm response to the reform. On a recent trip to Turkey, European Commission President Jose Manuel Barroso said it was a step in the right direction.