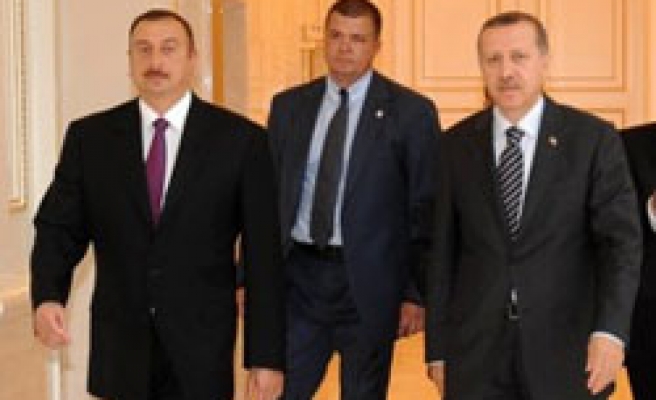 Erdogan had a meeting with Azerbaijani President Ilham Aliyev in Baku. Erdogan and Aliyev held a joint press conference after their meeting.

There has been an important cooperation platform among Turkey, Azerbaijan and Georgia and it should be improved more, Erdogan said.

Erdogan said he brought up Caucasus Stability and Cooperation Platform in the meeting and he was pleased that Aliyev also welcomed the proposal of Turkey.

"We believe that steps will continue in order to make Caucasus region a stability, peace and prosperity center," he said.