Turk soldier fired for being short after 3 years

The sergeant was shocked.. Ahmet Ozgur Toka worked as sergeant for three years; however, he was fired for being three centimeters shorter than the minimum length required. 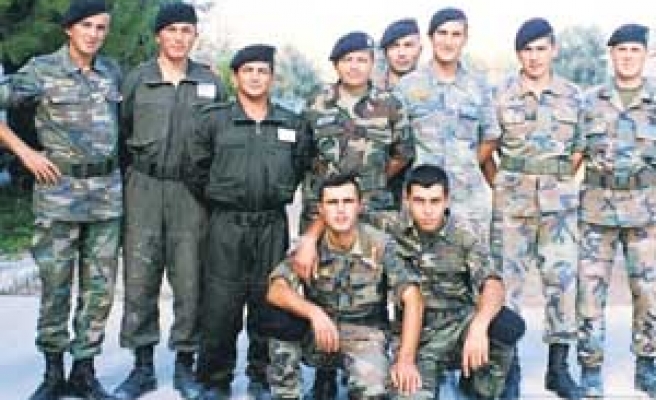 The sergeant who worked for Turkish Armed Forces for three years and then was fired due to his shortness rebelled: "did I get shorter in the mean time?"

28-year-old Ahmet Özgür Toka who worked in the army for three years was stuck at the examination for extending his work contract in 2006.

Toka's contract was cancelled as he was 1.57 cm instead of the minimum height of 1.60 cm.

Toka received 11 citations during his duty. He applied to European Court of Human Rights.

In 2003, Ahmet Özgür Toka who is 1.57 tall was accepted as sergeant of tank class. Özgür Toka started his duty in Northern Cyprus 14th Armed Troops.

At the end of two years, the health council decided that he can continue his duty. However, Toka was shocked with the decision made at another health examination in 2006.

Ankara Hospital Health Council decided to end his duty as he was shorter than the minimum length required for his position.

Toka applied to the court and opened a suit at the ministry of defense.