Thousands of workers clashed with police near Turkey's parliament on Tuesday during angry protests against an International Monetary Fund-backed social security reform that raises the retirement age. 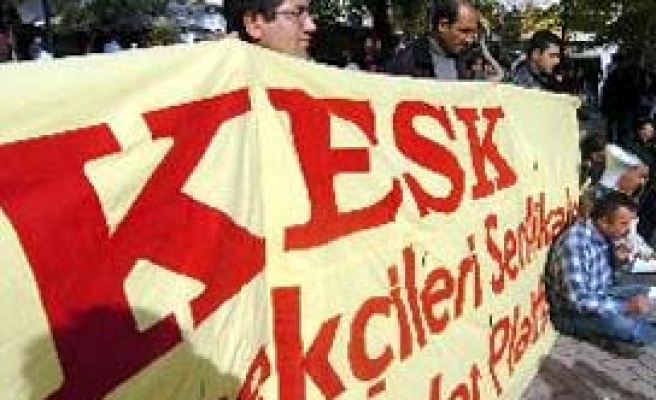 The bill is central to the government's economic programme for 2008, and the IMF has made its passage through parliament a condition for releasing loans worth $1.3 billion.

Scuffles erupted when protesters, some carrying red flags and banners, tried to walk towards the parliament building in central Ankara, where lawmakers were debating the reform.

Some demonstrators threw stones and sticks at police, who retaliated with batons. The clashes badly disrupted traffic in the centre of the capital.

"We do not understand why the government is insisting on pushing this bill through when there is so much public opposition," said Ilker Kupeli, a 27-year old engineer.

Many people across Turkey joined a brief work stoppage on Tuesday -- the second in a month -- to protest against the plan to gradually raise the retirement age to 65, from a current 48 for men and 44 for women.

"We do not want to retire in the grave," said Izzet Seferberoglu, a 30-year old protester.

The centre-right government, which has a big parliamentary majority, says the current welfare system is too costly and has resulted in a social security deficit of 4 percent of gross domestic product.

It has said it aims to pass the reform in parliament in March but that the changes will only be implemented gradually.