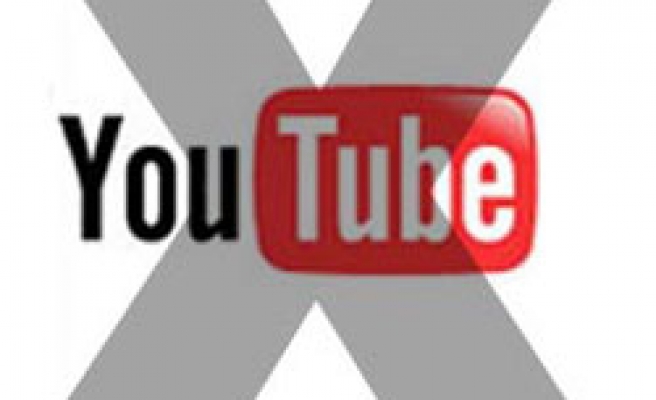 A court order blocking access to popular video-sharing Web site YouTube that has been in place for one-and-a-half months was rescinded on Tuesday night; however, the Web site remained open only for several hours as it was banned again around 10 a.m. Wednesday morning.

Turkey's frequent YouTube bans, often caused by videos deemed insulting to the nation's founder, Mustafa Kemal Atatürk, uploaded by angry Greek users, places the country alongside China, Pakistan and Thailand, the only three countries in the world that have banned YouTube so far.

Meanwhile, since January of this year, hundreds of Web sites have been blocked by court order. Luckily, owners of these sites, bureaucrats from the Telecommunications Department, the judiciary and the Justice Ministry yesterday convened a two-day meeting in Abant, in the northwestern province of Bolu, to discuss a possible solution for Turkey's practice of censuring Web sites it deems offensive.

Turkish courts have recently issued several verdicts blocking access to "offensive" Web sites, a move that has brought with it heated debates throughout the country. Banned Web sites include YouTube, Google Groups, Alibaba.com, Yahoo! GeoCities and others. By mid April, 321 Web sites were banned under the Internet Publications Law and another 102 under other laws.

However, the YouTube bans have been the most frequent. The current law, passed in May 2007, allows courts to block access to Web sites that fall within nine categories, including child pornography and insulting Atatürk, among others. Access to such Web sites can be blocked by the Telecommunications Department following a court order or on its own initiative. A court may ban access to offending Web sites under other laws as well, such as if a Web site violates the Intellectual and Artistic Works Law or contains statements considered insults under civil law.

YouTube, being the world's largest and most popular audio and video sharing Web site, has become a symbol as access to it has frequently been prohibited by Turkish courts.

The Ankara's Prosecutor's Office has sought to expand the scope of this ban by having a worldwide access ban placed on videos deemed offensive by Turkish authorities. Indeed, a person living in Turkey can access censured sites by changing their computer's proxy settings. Turkish prosecutors also want videos considered insulting to Atatürk to be erased altogether. In order to do this, they want YouTube to open a representative office in Turkey, obtain a security and authorization certificate, all required licenses and become a taxpayer under Turkish law.

YouTube officials have no intention of opening such a branch. They say YouTube was not established in Turkey and is not subject to Turkish law. The officials also note that removing videos upon a request by Turkish courts is not a solution as what is requested by Turkey today may be demanded by Pakistan or Thailand in the future, leading to a vicious cycle.

A possible solution at Abant?

A meeting convened yesterday in Abant, sponsored by turk.internet.com and the Ankara Bar Association. Parties involved tried to reach agreement over a possible solution to the Web site censure issue.

Officials from the Justice Ministry, the Supreme Court of Appeals, the Telecommunications Department, judges, prosecutors and representatives from nongovernmental organizations attended the meeting. The following topics were tackled at the Abant meeting:

Decisions to ban access to a specific site should be given by specialized courts or specific courts designated by the Justice Ministry. This is because while one court may refuse to give such a decision, another court may be quick to give it.

The current practice began upon demands by the Turkish Union of Music Producers (MÜYAP) and has become established. Owners of affected Web sites are given no right to rectify the situation if their sites are censured under laws other than the Internet Publications Law. In other words, access to Web sites can be banned without giving time to owners of the sites in question to remove the offensive content or allowing them to defend their case.

Censuring Web sites is a frequently and easily implemented measure although it should be regarded as a last resort.

Füsun Sarp Nebil, the founder of turk.internet.com, noted that the practice of censuring Web sites started after MÜYAP's 2005 initiatives. MÜYAP sought to ensure no access to Web sites providing illegal music downloads, Nebil said. "Banned sites are given no right to defend themselves. Also, instead of only blocking access to the problematic page, the entire site may be banned. All these issues should be discussed and the sites should be allowed to defend themselves. We hope this meeting will be an important starting point."