Babacan said Turkey's non-permanent membership in the UN Security Council would contribute to the efforts to preserve peace, security and stability in the world. 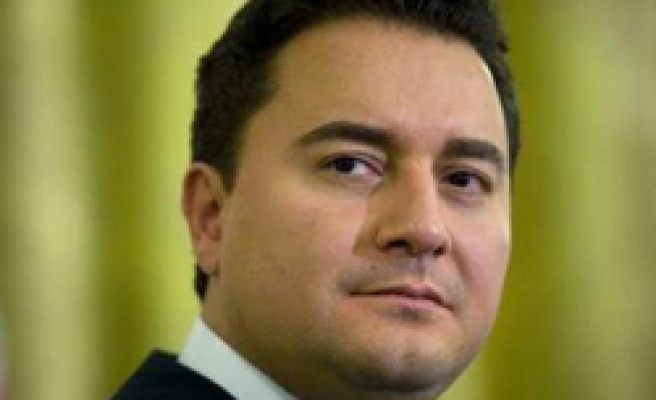 Turkish Foreign Minister & Chief Negotiator for the EU talks Ali Babacan said on Monday that Turkey would do its best to be the voice of Africa in case it gets a non-permanent seat at the United Nations (UN) Security Council.

Speaking at the opening of a foreign ministers meeting organized prior to Turkey-Africa Cooperation Summit scheduled for Tuesday, Babacan said Turkey's non-permanent membership in the UN Security Council would contribute to the efforts to preserve peace, security and stability in the world.
Babacan said parties agreed on the "Istanbul Decleration" and "Turkey-Africa Partnership Framework Document" that would be issued at the end of the summit, noting that the documents are expected to be signed during Tuesday's summit by head of states and governments attending the summit.

Babacan said the summit and the steps that were made would add a new spirit to the process of a strong and sustainable partnership and restoration of solidarity process for the future of Turkey and Africa and would initiate a new period in Turkish-African relations.

Babacan said the main goal of organizing Turkey-Africa Cooperation Summit was to assess bilateral relations with the African countries and African Union on the 10th anniversary of the action plan to open to Africa and to develop a joint action plan with African partners.

Babacan said economic relations between African countries and Turkey recorded a great progress in the recent years, noting that total trade volume has risen to 13 billion USD in 2007.

Babacan said around 400 Turkish companies have been investing in Africa, adding that projected undertaken by the Turkish construction firms in Africa in 2007 amounted to 6 billion USD.

Babacan said Turkey thought that it was necessary to improve and diversify transportation opportunities between Turkey and Africa, adding that Turkish Airlines company has been organizing flights to Khartoum, Addis Ababa, Lagos and Johannesburg.