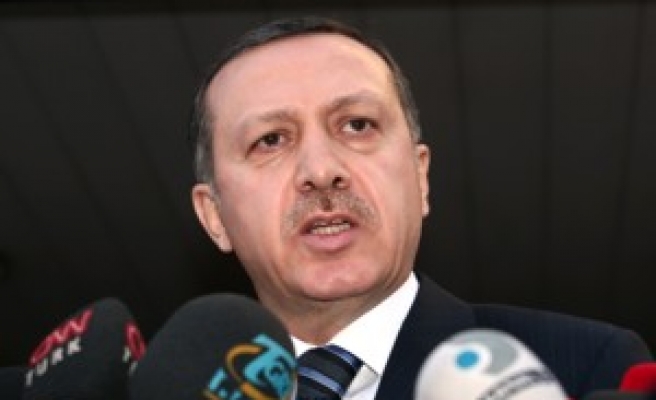 Turkey's Prime Minister Recep Tayyip Erdogan has said, "Turkey is also interested in development of Iraq's natural gas reserves. We think that Iraqi natural gas could be directly transported to our national network through a new pipeline to be constructed in Turkey."

Speaking at the Union for Mediterranean Summit at the Grand Palais in Paris, Prime Minister Erdogan said, "the Mediterranean plays a critical role in the global economy as a bridge between the East and the West, the South and the North."

Erdogan said, "based on our experiences, I can say that a country cannot become an island of stability, peace and prosperity on its own. If instability, terrorism and underdevelopment exist in adjacent countries, they also affect your country besides all other regional countries. Therefore, we need to cooperate in providing an altogether development, an altogether peaceful atmosphere and stability.

Accordingly, Turkey tries to make productive contributions and support to efforts to resolve problems in our region from the Balkans to the Middle East and Caucasus. The industrial zone project to be put into practice in Palestine under the pioneership of Turkey is the most tangible example of this support."

"Turkey takes part in several critical projects designed to meet Europe's energy demand. The Nabucco Natural Gas Pipeline Project has a great importance to this end. Turkey-Greece-Italy Natural Gas Pipeline is another significant project that will increase the energy supply safety," he said.

Erdogan said, "we think that the environmental risks stemming from transportation of hydrocarbonaceous sources through the Turkish Straits, can be eliminated with construction of a pipeline for oil exports, by-passing the Turkish Straits."

"Turkey is also interested in development of Iraq's natural gas reserves. We think that Iraqi natural gas could be directly transported to our national network through a new pipeline to be constructed in Turkey," he said.

A final statement was released after the summit. A common decision, which envisaged to work to completely purify the Mediterranean and Middle East from weapons of mass destruction, took place in the statement.

Participants agreed to take practical measures to fully purify the Mediterranean and Middle East from all nuclear, chemical and biological weapons.

The final statement also said that --as Turkey had earlier insistently stressed-- Turkey was a country which was pursuing full membership negotiations with the EU.