Ambassador Syed Iftikhar Hussain Shah unfurled and hoisted the national flag to the sound of the national anthem and read out messages from the President and the Prime Minister of Pakistan. 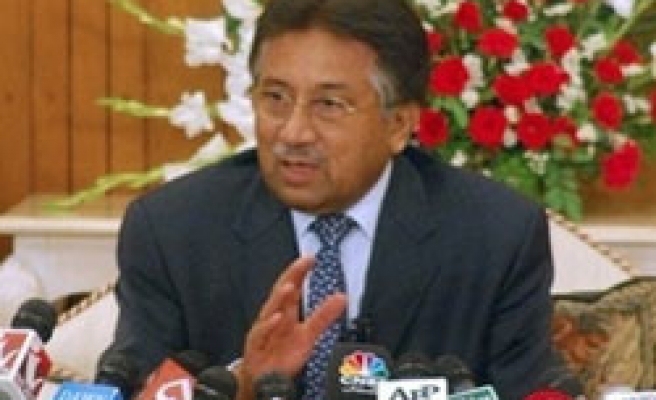 The 61st anniversary of the Independence Day of Pakistan was celebrated in Ankara on Thursday with traditional enthusiasm and fervor.

A flag-hoisting ceremony was held at the Pakistan Embassy in the presence of the Pakistani community and embassy officials.

Ambassador Syed Iftikhar Hussain Shah unfurled and hoisted the national flag to the sound of the national anthem and read out messages from the President and the Prime Minister of Pakistan.

The Ambassador while addressing the Pakistani Community highlighted the sacrifices made by the Muslims of the subcontinent for the independence of their motherland Pakistan. He said that the safeguarding the independence is more difficult than achieving it and it is, therefore, our foremost duty to demonstrate firm determination for upholding the unity, integrity and solidarity of the country.

"Pakistan is passing through a difficult phase of its history. In the prevailing geo-political and economic situation our adversaries are trying to destabilize Pakistan from several fronts, internal as well external. The objective of Pakistan can never be achieved unless we eradicate the evils of terrorism, extremism and intolerance from our society and establish socio-economic justice in our country," he said.

Pakistan enjoys very close and brotherly relations with Turkey, which are deep rooted in our history. Pakistan is thankful to its Turkish brothers who have always provided unprecedented help, financial assistance and have stood by its side in hour of need. He once again thanked Turkish people for their support and assistance during the devastating earthquake of October 8th, 2005. He applauded the reconciliatory role played by Turkey in removing tensions between Pakistan and Afghanistan by holding the summit level talks.

He advised the Pakistani community to work hard and contribute for the prosperity of Turkey and bringing the two nations closer.